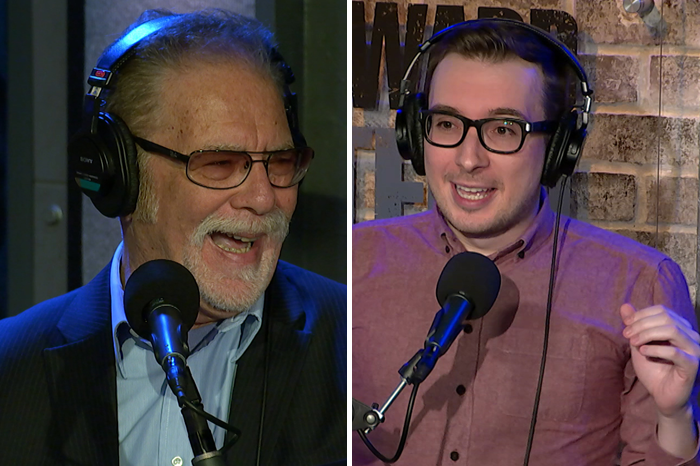 On Monday, Chris Wilding — one of the Stern Show staffers tasked with producing Ronnie Mund’s song parodies — reported to Howard that his limo driver was being a “diva.”

Aside from the fact that Ronnie only agreed to record on Tuesdays due to his packed schedule, Chris explained that Ronnie also required him to sing each song line-by-line, so that he could parrot it back instead of simply recording to a backing track.

“Chris describes it like teaching a dog to sing,” Howard joked.

Fascinated with Chris’s description of the process, Dixie Chicks frontwoman and celebrity superfan Natalie Maines texted Howard to request he play a clip of the unedited recording session and the King of All Media obliged on Tuesday. Hear it (below).

“The fact that you want me to give you line readings during a recording is so insulting to you,” Chris said, pointing out that it’s the same method they use with the Wack Pack.

“It’s like each word is recorded individually,” Howard agreed.

Ronnie apologized for his “issues” while recording, but he was adamant the method they used resulted in the best possible end product. “Look how good it comes out!” he argued.

Despite the hiccups in the studio, Chris remained optimistic for the future. “I just hope we can repair our relationship so we can record another song. I have a big closing number planned,” he told Ronnie.