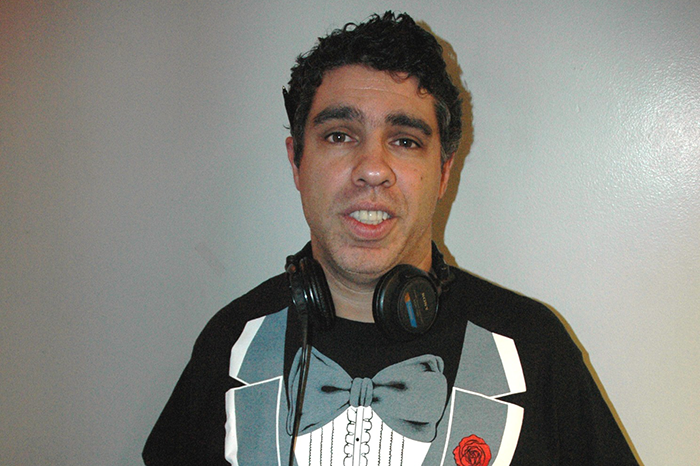 Gary Dell’Abate’s alter-ego “Flirty Gary” has been making phony phone calls for years now, but his latest call to an octogenarian may be his magnum opus.

Howard debuted the new prank call Tuesday morning, telling listeners that while he’s struck out with both men and women in the past, “Flirty Gary” finally “got his groove on” — this time with an 83-year-old.

After posting his profile to a mature dating site, “Flirty Gary” connected with his older gal over the phone and proceeded to make her swoon with lines like: “If you need a hip replacement, I’d be a hip replacement for your last boyfriend.”

Hear their innuendo-filled call (below).

“That might even go beyond flirty. That was practically phone sex,” Howard said with a laugh afterwards. “In all seriousness, this woman was so charmed by Gary, she has emailed us three times after that call … she thought he was a lot of fun,” he added.

This isn’t the first time “Flirty Gary” has sought love on a dating site, either. In fact, Howard replayed his first-ever call, explaining how the character was created. Hear it (below).