Fred Norris hopes he can attend SiriusXM's upcoming U2 concert 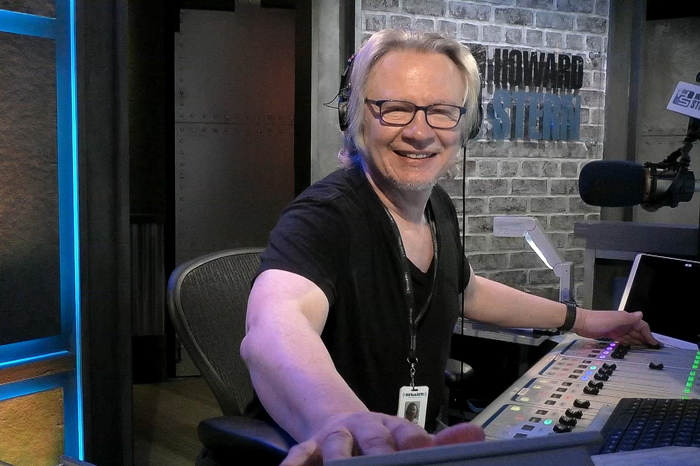 Following Monday’s announcement that U2 will be performing at the Apollo Theater exclusively for SiriusXM, Howard wondered who from the Stern Show staff would be attending the concert, considering it will take place on June 11, a Monday night.

“I would love to go to see U2,” Howard said. But with the Stern Show broadcasting early Tuesday morning, he admitted he wasn’t sure if he’d be able to stay out so late.

“I can’t do the show without Fred,” @HowardStern said of how important Fred Norris is to the #SternShow. #FBF #FlashbackFredDayWatch more new videos on the @SIRIUSXM app: https://t.co/ouY3V8xFn6 pic.twitter.com/K6U1JKN3BF

As Fred Norris is a major U2 fan, Howard wondered if he would attend, even with work the next day.

Howard’s longest-running radio companion admitted it might depend on whether or not he can even score a ticket. “Sometimes these events, you don’t get invited,” he said.

While Howard and Robin, of course, get invites, Fred explained his name usually gets put on the list below Stern Show Executive Producer Gary Dell’Abate and oftentimes he is the cut-off point. “I’m the latchkey kid,” he said.

Robin Quivers had a theory as to how Gary surpassed him in the pecking order. “The thing is that Gary’s out there schmoozing,” she noted.

Similar to how Snoop Dogg told Howard he would turn down a Rock & Roll Hall of Fame induction until others like LL Cool J were honored first, Howard suggested Gary should turn down any invites he receives unless Fred gets one as well.

Fred told Howard he’s never felt it right to bother him with matters like these but now that Howard is aware this has been going on, he promised to put a stop to it. “Let me explain … Fred is way important. I know it looks like he’s not doing anything, but he actually is,” Howard joked.