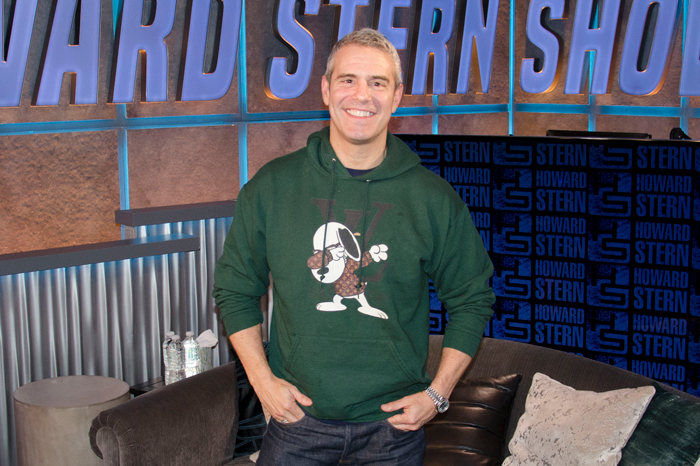 Not a morning goes by that celebrity superfan Andy Cohen isn’t usually tuned into the Stern Show, but he decided not to listen last month when Kathy Griffin came in for a visit with Howard. Kathy accused Andy of quite a bit during that interview and on Wednesday, Howard wanted to give Andy the chance to respond to some of the things she said.

But while Andy refuted just about everything, he made it clear he isn’t at all interested in starting a feud with Griffin, whom he worked with at Bravo for years.

“She was on my show three times and was hilarious each time,” Andy said of Kathy.

After a controversial photo that depicted Kathy holding the decapitated head of President Donald Trump went viral, the comedian lost support from several of her friends and employers. She also lost her gig hosting CNN’s “New Year’s Eve Live” with Anderson Cooper. Her spot on the show was eventually filled by Andy, who assumes that could be one of the reasons Kathy holds a grudge against him now.

Replacing Kathy with Cohen proved to be a move worth making for CNN — the show received its highest ratings to date in 2017 with Andy and Anderson as hosts. He wouldn’t say just how many zeroes were on the end of his paycheck, but Andy assured Howard he got paid for his time that night.

“I didn’t do it for free. It was cold as balls,” he said with a laugh.

Having Andy and Anderson team up on CNN was a natural fit, considering the two also tour the country together for their live stage show “AC2.” Since they spend so much time with one another, Howard wondered if there was ever any romance between them out on the road. 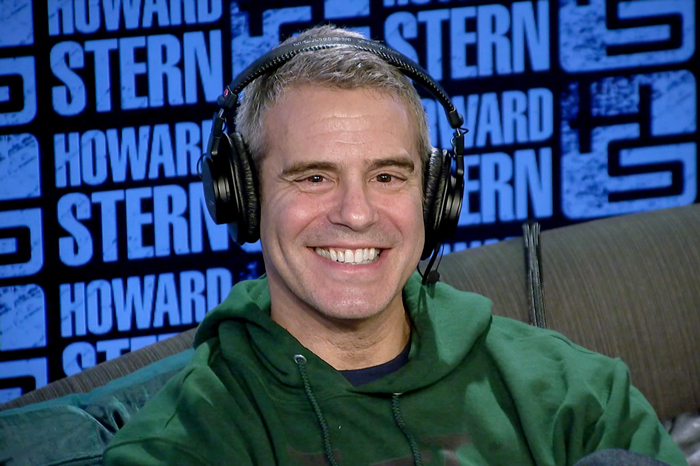 “I feel like you’re in love with him,” Howard supposed.

Though the two initially met on a failed first date many, many years ago, Andy said he has never hooked up with Anderson, has never seen him naked, and that they’ll never be anything more than good friends.

“That ship has firmly sailed,” Andy stated. “He’s like a brother.”

Another good friend accompanied Andy to the Met Gala once again this year – past Stern Show guest Sarah Jessica Parker. The two have somewhat of a tradition of attending the annual event with each other. This year, Andy and Sarah had to arrive in a cargo van to accommodate the oversized headpiece Sarah wore on her head featuring a full nativity scene in order to match the Met Gala’s theme, “Heavenly Bodies: Fashion and the Catholic Imagination.”

“She goes on theme and she goes for it. She loves a headpiece, man,” Andy said of Sarah. 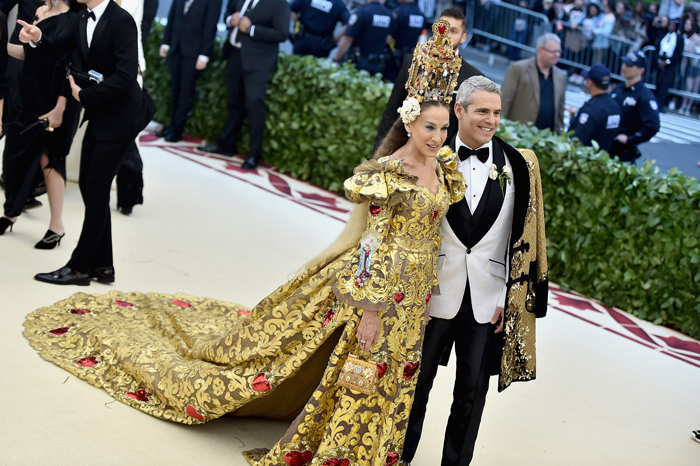 Andy made a bit of news after this year’s Met Gala when he revealed one of the late-night talk show hosts was drunk while at the event. He walked that story back a bit on Wednesday but he did reveal to Howard who he was referring to.

Andy was having a good time of his own, too, admitting he got high halfway through the night. “I had an edible when we sat down for dinner,” Andy told Howard. Sitting at the table with him was “Game of Thrones” star Emilia Clarke and pop singer Nick Jonas, though they did not partake in Andy’s pot-laced treat.

Later in the evening, with his edible fully kicked in, Andy nearly lost his mind when it was announced Madonna would soon be performing live. “I pushed Stephen Colbert out of the way to try to get to Madonna,” Andy admitted with a laugh. The “Late Show” host even called him out on the shove, but Andy explained to Colbert you can’t get in a gay man’s way when Madonna shows up.

“I go, ‘Stephen, Madonna is about to come down that staircase. What do you expect me to do?’ Like, honestly,” Andy recalled.

Andy’s love for Madonna extends all the way back to when he was in high school in the mid-‘80s. She came on the pop music scene in the height of the AIDS epidemic and lent her support to the gay community when they needed it most.

“In terms of the gay community, she embraced us in a way that no one really had,” Andy said of the “Material Girl” singer.

Once the Met Gala came to a close, Andy said Sarah Jessica Parker was too tired to attend any of the night’s afterparties. He wanted something more low-key as well, so he and some friends hit up a gay bar for some cheeseburgers. Jimmy Fallon tagged along too, though Andy suspects the “Tonight Show” host had no clue he was going to a gay bar.

It would seem Madonna would agree with that assessment, too. Andy told Howard he was once at an Oscars party with her and asked how many men in the room she suspected had experimented with ass play.

“I think that if you are in touch with that area as being a sensitive area, that doesn’t make you gay,” he continued. It’s only when a guy begins fantasizing about another guy that their sexual preference might venture into a gray area.

“I don’t think Ronnie is thinking about, like, getting banged by guys. I think he’s very straight,” Andy concluded.

Watch Andy Cohen on Season 2 of “Love Connection” premiering May 29 at 9 p.m. ET on Fox.