“I hope my suit does not fall down ... I lost so much weight,” Erik tells Howard in preview of Tuesday's event 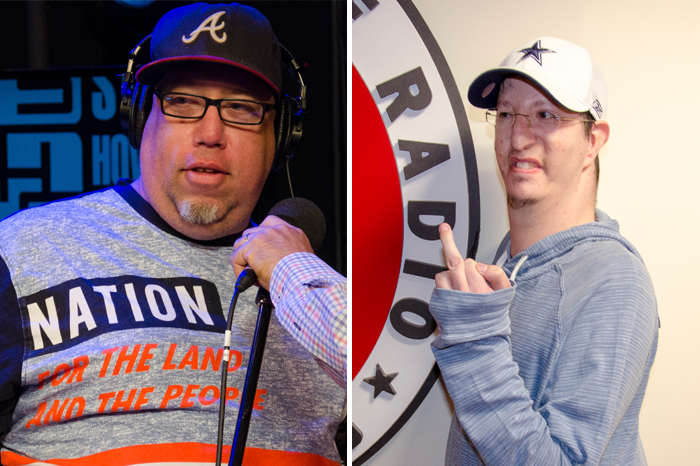 History will be made Tuesday morning when several of the Wack Pack’s top leaders descend on the Stern Show studio for a conclave to debate whether or not Marfan Mike will once and for all be inducted as an official member of their group.

High Pitch Erik, the lead party opposing Marfan’s inclusion, called in on Monday to preview the big event, announcing he will be bringing in his own set of witnesses and an additional “attorney” to plead his case.

“You don’t need an attorney, you’re not accused of anything,” Robin Quivers immediately pointed out.

While slightly confused about the process, Erik nonetheless maintained he will make a strong argument against his former high school classmate and alleged bully. Playing slightly coy, he even held back from giving away his full hand, telling Robin: “I can’t reveal anything.”

It seems he won’t be alone in his argument, either. Stern Show correspondent Wolfie also called in to oppose the induction of Marfan Mike. “This guy hasn’t done anything so far,” he insisted, adding the feud between Fred the Elephant Boy and High Pitch is much more interesting.

Conversely, Shuli Egar contended that aside from his physical appearance and voice, there was another Wack Pack-worthy factor to Marfan. “This is a prequel. These guys feuded before we even knew them. That’s interesting,” he said.

Gary Dell’Abate also pointed out there may be another reason Wolfie and Shuli are on opposing sides of the debate. “Marfan Mike is Shuli’s discovery and Mick the Nerd is Wolfie’s discovery and there’s a little bit of professional competition going on here,” he told Howard.

Unlike Shuli, Wolfie, and High Pitch Erik, veteran Wack Packer Jeff the Drunk called in and declared he would be keeping an open mind ahead of the event. “I haven’t really made up my mind completely,” he said. “I’m going to listen and I’ll make my decision as I see fit.”

Despite the pressure of the task at hand, High Pitch told Howard he only had one fear. “I hope my suit does not fall down like it did the last time I was out because I lost so much weight,” he said, explaining he’s lost more than 100 pounds since undergoing gastric sleeve surgery.

Shedding the pounds hasn’t been as difficult lately considering Erik moved out of his Bronx apartment and into a swanky new beachside building with a gym — all paid for by a friend.

Tune in Tuesday on Howard 100 to hear if Marfan Mike will make it into the Wack Pack or if High Pitch Erik can keep him out.