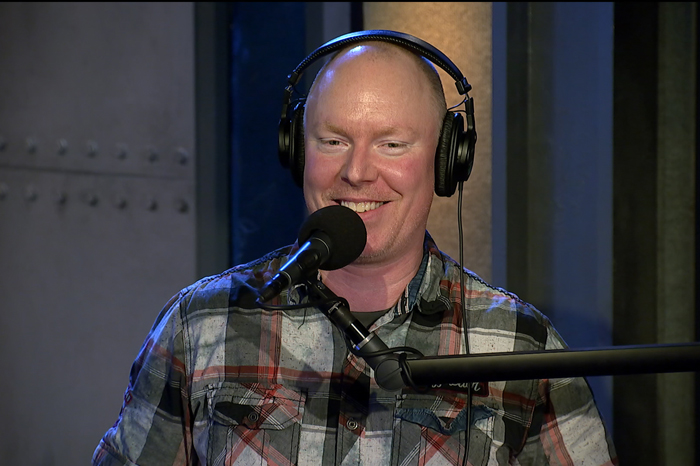 Radio stations around the country have found themselves on the other end of a Richard Christy prank call, but it sounds like the Stern Show staffer is too scared to dial up one station near his hometown in Kansas.

“Richard got in real trouble when he was a kid when he called ‘Swap and Shop,’” Howard told Robin on Tuesday. Swap and Shop (a.k.a. Swap Shop, Tradio, or Trading Post) is a radio format that allows listeners to buy and sell goods over the air and has long been a go-to place for Richard and fellow Stern Show staffer Sal Governale to prank call. When Richard was just a preteen living at home with his parents, though, he and his friend dialed up the local Swap and Shop show to make a phony phone call and wound up getting caught.

“My buddy started bragging at school,” Richard told Howard. “Then the owner of the station called my dad.”

Mr. and Mrs. Christy normally have a good sense of humor but according to Richard, the station owner convinced his parents he could press charges against their son that would send him to jail. To this day, Richard refuses to place any prank calls to that radio station out of fear the radio station might hunt him down and bring him to justice.

As for Richard’s buddy, he was forced to go to the station and apologize in person to the owner. But it sounds like Richard’s old phony phone call accomplice may have gotten the last laugh since he supposedly recorded the entire meeting.

“I can neither confirm nor deny that it was ever recorded,” Richard said with a laugh.