The Stern Show staffer once again stumbles on social media 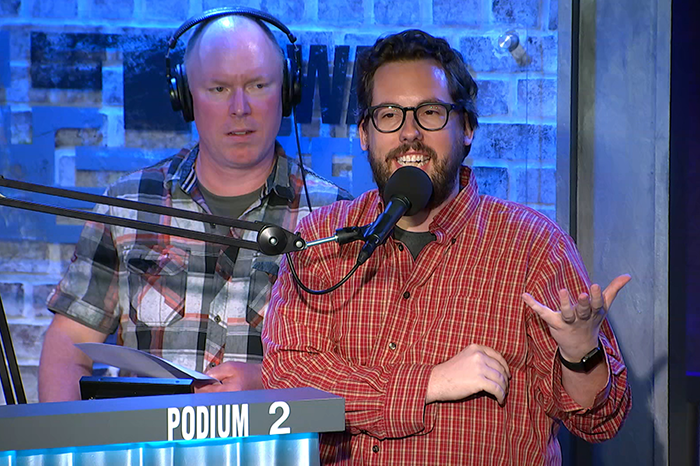 It seems JD Harmeyer has not learned his lesson when it comes to Twitter. Only a year after getting chided for sharing the news of his engagement on social media instead of live on the Stern Show, JD said he has once again erred in his judgement.

It all began when, as an added bonus to David Letterman’s widely praised interview with Howard on “My Next Guest Needs No Introduction,” Netflix also released a conversation the former “Late Show” host had with comedian Jerry Seinfeld in which the two discuss Cincinnati Reds first baseman Joey Votto (below).

JD, a Reds fan himself, decided to retweet a portion of that interview with the caption: “……but this is the best conversation out of all the Letterman interviews.”

After receiving a slew of responses from fans who immediately warned him the tweet wouldn’t go over well, JD proceeded to delete it only minutes later, admitting Monday it was a “bad joke.”

“At first I thought I was being funny, but … I saw the reaction I was getting,” he explained to Howard. “People were actually taking it more serious than I thought … I felt it diminished how I actually felt about your interview, which I loved.”

In fact, JD admitted he first wanted to email his praise to his boss.

“So, let me understand your humor. You wanted to email me and compliment me, so instead you went on Twitter and diminished me?” Howard asked with a laugh.

After receiving a sincere apology from his staffer, Howard offered an important warning. “That Twitter in your hands is very, very dangerous,” he told JD.