A fifth-grade class’s field trip to SiriusXM became star-studded on Tuesday morning after James Corden stopped to meet and take photos with the youngsters on his way into the Stern Show studio. Since James arrived ahead of schedule, he had plenty of time to talk to the kids before sitting down to talk to Howard.

“They were all waving through a window,” James said of the fifth graders. “I thought, ‘Well, if I’m early, I might as well say hi.’ And they were all really nice.”

Kind acts like that one has become commonplace for Corden, who told Howard he’s generally in a good mood. But his sunny disposition might sometimes be confused by others, including Andy Cohen who said on the Stern Show last month he thought James was one of the drunkest guests at the 2018 Met Gala.

“That was just my natural exuberance of life,” James explained with a laugh. “I think people often think I’m drunk just because I’m just having such a nice time.” 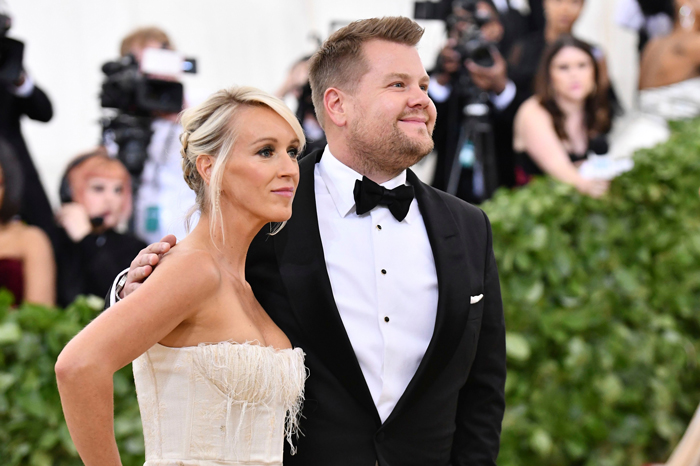 That evening was one to be celebrated since it marked one of the first times James and his wife had gotten a night out to themselves since the birth of their third child. Plus, he had the next day off from his hectic “Late Late Show” shooting schedule. “I didn’t have to wake up the next day ‘til like 10 a.m. and that was inconceivable to me,” James told Howard.

As good as an invite to the Met Gala is, no event tops this year’s royal wedding which James attended as well. He also confirmed he performed a 10-minute bit at the afterparty dressed as Henry VIII, though no one in the royal family got up on stage to dance with him, as some news outlets reported.

“There was no dance-off anywhere,” James said. He also chuckled at the news of Serena Williams competing in a beer pong tournament with wedding guests, telling Howard that was also a false story.

James became friends with Prince Harry nearly a decade ago after the two started running into each other while out in London. Even though the royal redhead is one of the most recognizable faces in the world, James said he doesn’t get nervous around the prince. He even calls him Harry and picks up the tab when they eat out together from time to time. 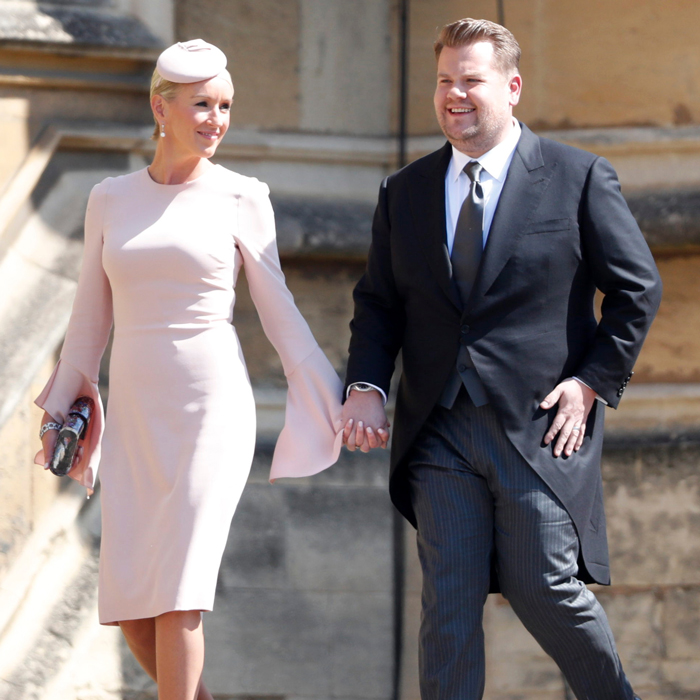 James Corden and wife Julia at the wedding of Prince Harry and Meghan Markle Photo: Shutterstock

“He’s an incredibly bright and interesting guy,” James told Howard. As for the media frenzy surrounding Harry and Meghan Markle’s wedding, James thinks the public should remember what that day was really about. “At the center of it, it’s two people who have decided that they love each other and want to spend their lives together,” he explained.

His newfound American fame hasn’t diminished James’s English pride, either. In 2015, he was made an Officer of the British Empire (a.k.a. an O.B.E.) in a ceremony held at Buckingham Palace. The honor meant a lot to James but even more to his parents who were there to see their son presented with his official medal.

“For my mom and dad to go to Buckingham Palace and see me receive such a thing … that’s the nicest thing about it,” James told Howard.

An O.B.E. is not the highest honor bestowed by the British Crown, however. As a Commander, actor Benedict Cumberbatch outranks James by just a bit.

Now in his fourth season as host of “The Late Late Show,” James told Howard how he initially turned down the gig that eventually changed his life. CBS President and CEO Les Moonves saw James in the Broadway play “One Man, Two Guvnors” and thought he should be the one to take the reins from Craig Ferguson once he departed the late-night series. But James told him at the time he wasn’t interested in being on television. 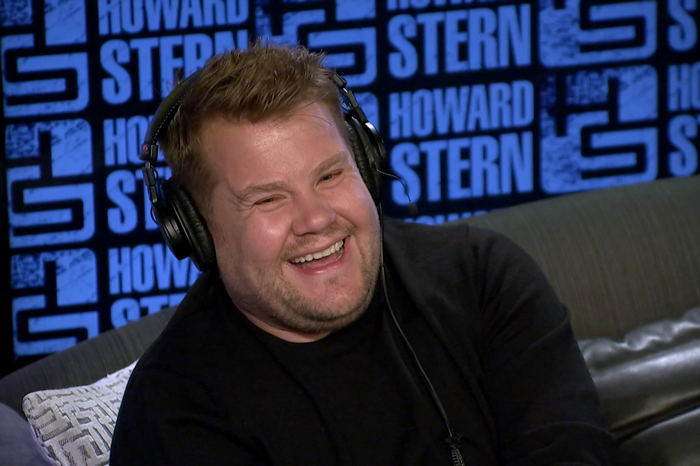 “I turned it down a few times … I just didn’t think it was what I wanted to do,” James told Howard, adding he was gearing up to be in another Broadway production and was also writing something for HBO. James also admitted he wasn’t promised nearly enough money by the network at first and told Howard how Moonves essentially low-balled him in early negotiations.

“He made a terrible financial offer and he’ll say that himself,” James said with a laugh.

James is happy with the paycheck he’s receiving now and thanked Les for sticking to his guns in getting him as the show’s host. “I owe everything to him. Everything that’s happened to my life, recently … I owe it all to him and his vision as do lots of other people who work in TV. I think he’s a genius,” James said.

Countless “Late Late Show” segments have gone viral since James took over as host but none more than “Carpool Karaoke” which became its own spinoff series in 2017 distributed by Apple. The bit has become so popular, James told Howard he was recently paid by a wealthy fan to film a private episode that was later shown at birthday party. Howard wondered just how much money James must’ve made to agree to be in the video, but James wouldn’t say.

“I’m never gonna tell you the fee … it’s nowhere near the figures that you’re thinking,” James said after Howard guessed he was paid $1 million.

“Who knows what you’ve got going on. I’m not friends with Prince Harry, either,” Howard joked.

Watch James Corden on “The Late Late Show” weeknights on CBS and catch him in “Ocean’s 8” in theaters nationwide Friday.