Dennis Rodman on North Korea, His Friendship With Kim Jong-un, and What He Wants if President Trump Wins the Nobel Peace Prize 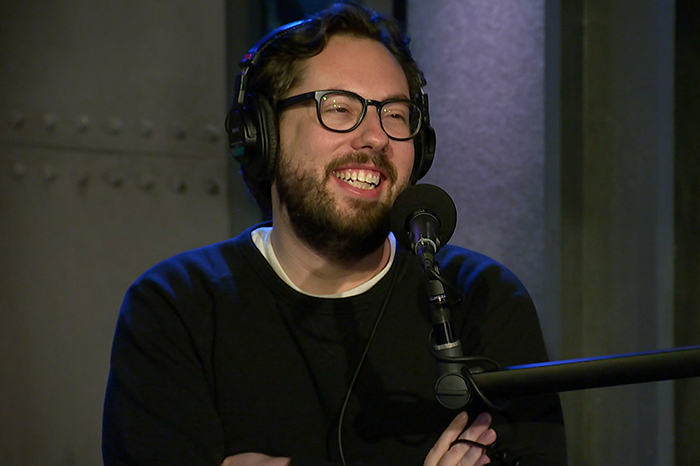 JD Harmeyer may not be a top-notch athlete in real life, but that hasn’t stopped him from investing a significant amount of time, energy, and money into becoming one in a video game.

The Stern Show staffer — who spent 128 days playing at least 30 minutes of video games per day in 2017 —admitted on Monday to creating a “Madden NFL 18” character modeled after himself save for a few modifications.

“I’m the starting quarterback for the Bengals,” JD told Howard, adding that he’s “much more bigger and handsomer” in the game.

While his character only exists in the digital realm, the upgrades came at a real-life price. After some prodding, JD copped to spending at least $1,000 buying in-game enhancements.

Howard figured if he admitted to that much, it must be even more, too. “Triple that,” he guessed.

According to his co-workers, JD has been known to quit a game against his opponents prior to losing in order to maintain a better record. “Then you don’t get an accurate record of your accomplishments,” Brent argued.

JD dismissed the concerns about both his record and super-character, though. “Life is a challenge enough for me sometimes,” he shot back. “Sometimes I want to escape and I want to win.”

Despite turning to video games quite frequently as an escape from reality, JD told Howard he is only able to play so long as his fiancée isn’t in the room. “I don’t want to play in front of her, she’ll yell at me,” he said, explaining how she would rather watch TV or engage in more productive activities.

With JD’s wedding quickly approaching, Howard wondered if the 38-year-old had considered how he would feel if his fiancée wanted to have a child in the next five years, considering it would cut into his free time to play video games.

“Sure, if that’s what she wanted,” JD said. “It’s not something I think about.”