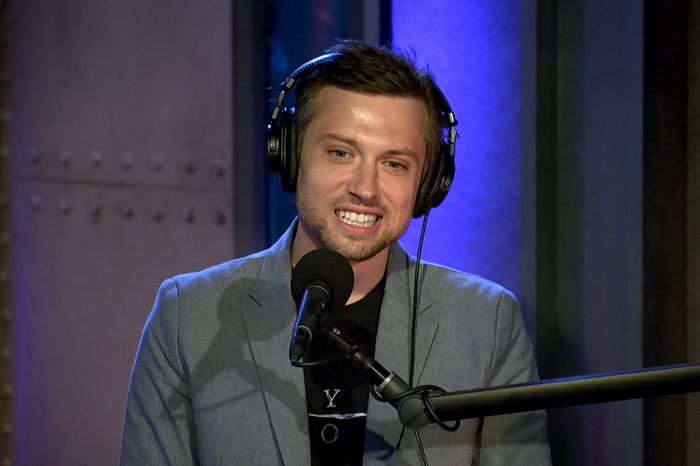 Stern Show staffer Memet Walker and his 123 I.Q. are smart enough to know the world is round but the people he spoke to at the first-ever Flat Earth Convention aren’t so sure. According to Memet, there were hundreds in attendance at the event, all of whom argue there’s a lot about the shape and size of our universe that expert scientists get wrong.

There were two types of people Memet talked to while walking around the convention: those who based their flat world beliefs on the Bible and those who were convinced it’s a government conspiracy to fool people into thinking the Earth is round. One gentleman likened his logic for why the world must be flat to when he used to work construction. He told Memet he knows better than to build anything on a curved surface and figures God must’ve known the same when he created the Earth.

However, when it comes to the rest of the solar system, he’s not so sure about the mechanics of how it all works. “I can look up in the sky and see the sun. It’s round but I don’t know if it’s a ball or if it’s just a circular light,” he explained. “I’m out of the habit of just believing something somebody said. I’m gonna use my eyes and that’s all I can do.”

Many at the event believed the sun and moon are state-controlled lights that zigzag across the plane of the Earth, illuminating different places at different times of the day. One woman told Memet her hypothesis on the Arctic Circle being a frozen wall of ice that the government doesn’t want anybody seeing.

“It’s being protected, militarily,” she said confidently. “There’s been two or three expeditions of people privately trying to get out there to see and they’re all getting turned away by the military.”

But perhaps the wildest theory shared with Memet had to do with late physicist Stephen Hawking who would have no doubt had a problem with nearly every concept spouted that day. According to one man, Hawking’s famed voice synthesizer was being controlled by someone other than him.

“We don’t even know if that guy is saying what he’s saying,” the conference attendee speculated. “Who the hell knows who’s behind those words?”

“We took it for granted that it was Stephen Hawking talking. We never questioned it,” Robin Quivers said with a laugh.