“Just get this over with,” Brent says before dropping to his knees 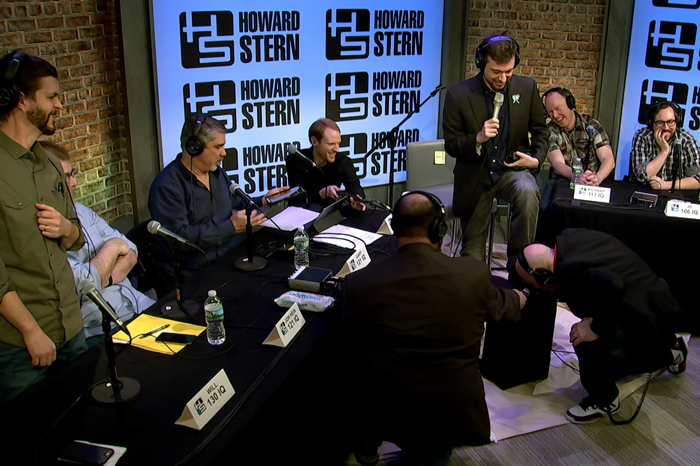 Howard asked a visibly disheartened Brent Hatley if he was ready to accept his punishment now that his I.Q. score was officially bested by fellow Stern Show staffer Memet Walker.

“Just get this over with,” Brent answered.

The agreed upon penalty was for Brent to get down on the ground and kiss Memet’s boot before conceding that Memet is indeed smarter than him.

“And he has to say it like he means it,” Memet demanded of Brent.

With a pillow placed on the floor, Brent dropped to his knees, kissed Memet’s boot, and told him, “you’re the smartest.”

“What a dope. I love it,” Memet said while standing over him. 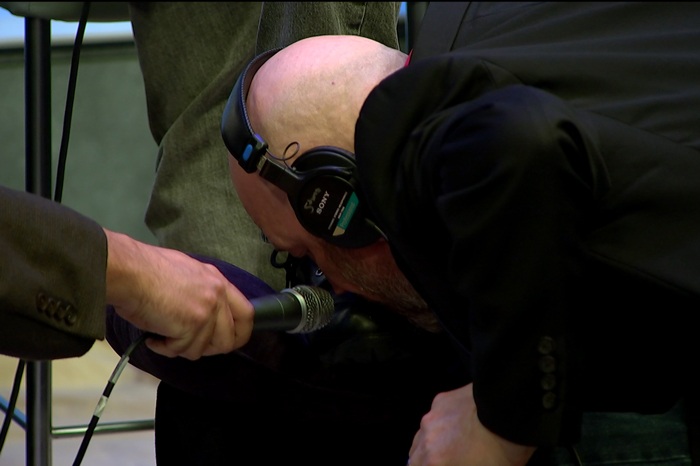 Afterward, Memet attempted to shake hands but Brent was having none of it. “I wasn’t gonna shake your hand either way,” Brent told him.

Memet thought Brent was being a sore loser, but the rest of the Stern Show staff insisted it was Memet who was being a poor sport about winning. Executive producer Gary Dell’Abate went so far as to describe Memet’s on-air behavior as “insufferable.”

“I can’t do anything right except be very smart,” Memet said. “I’ve taken a year of abuse from you guys. Give me one day to feel good about myself.”

Of course, had the results been reversed and Brent’s I.Q. been on top, Memet was prepared to shave off all of the hair on his head. A barber named Gavi was even on hand in the studio, ready to buzz him bald. Howard wondered what, if anything, Gavi could do since he was already there.

“Me and Sal’s privates could use shaving,” Richard Christy joked.

For more info on Dr. Sitt and taking an I.Q. test visit his website drsitt.com