“I woke up in a sweat,” the Stern Show staffer tells Howard 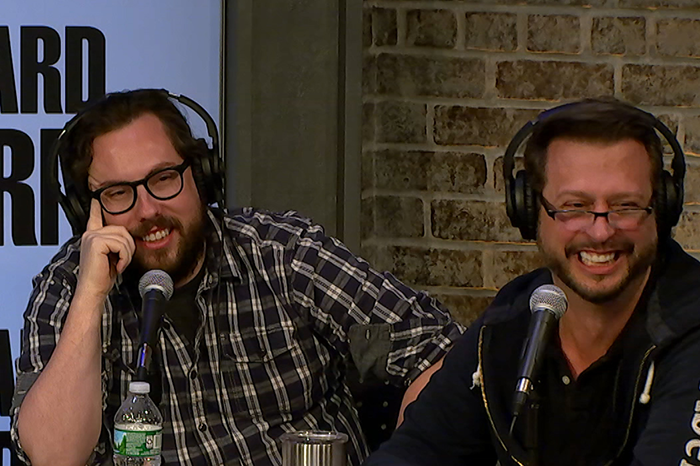 “I had a dream that I was giving it to JD from behind,” Sal revealed to Howard on Wednesday morning. “I don’t know why. It was very disturbing.”

In the dream, JD was spread eagle against a wall in the office. “His legs were spread like a cop frisking somebody and I was banging him from behind,” Sal described. “And then I remember I pulled out and there was tons of doody everywhere and my hands were full of doody.”

JD even seemed to enjoy himself, according to Sal, and although he wasn’t hooting he did moan a bit.

“I’m sure it felt great,” JD deadpanned in response to the assessment.

Shortly after discovering the doody, Sal said he awoke in a cold sweat with little in the way of an explanation about what he had experienced.

While Howard couldn’t make sense of the dream either, he did glean a positive from the situation. “I think we’re on record that this is the first time anyone in this planet has fantasized about JD,” he said with a laugh.

“I feel so honored,” JD replied. “Glad to know he thinks of me in such a way where I don’t clean my ass.”