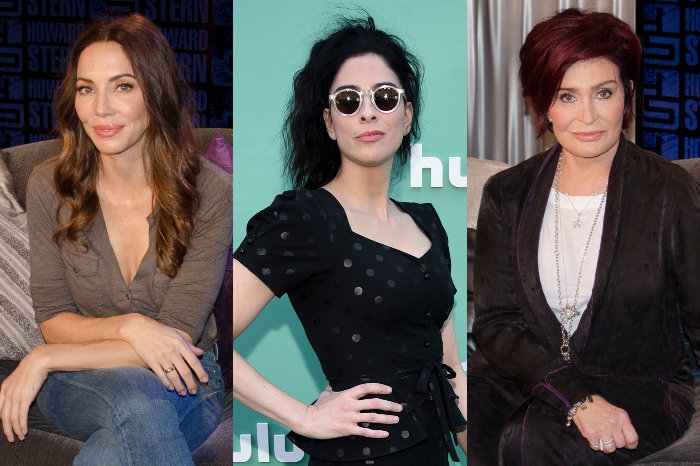 From “Ghostbusters” to the “Ocean’s Eleven” franchise, all-female reboots have been all the rage in Hollywood recently. So why not have a woman take over as the lead in Howard’s critically acclaimed film “Private Parts”?

“Here’s a commercial for the new movie ‘Lady Private Parts,’” Howard told Robin before playing a reimagining of what his film would be like if they reshot it with Stern Show regular Sarah Silverman (below).

“Don’t tell anyone but I’m really insecure about my huge vagina,” Sarah says as female Howard.

Playing the part of Fred Norris is another familiar voice – Sharon Osbourne, who visited the Stern Show earlier in September. After Sarah and Sharon land at WNBC in New York, they meet their greatest foe in programming director Pig Virus, played by Whitney Cummings.

“Watch this Robin,” Sarah says before taking David for a wild ride.

Listen to the full audio of “Lady Private Parts” (above).