A woman from JD Harmeyer's past calls in 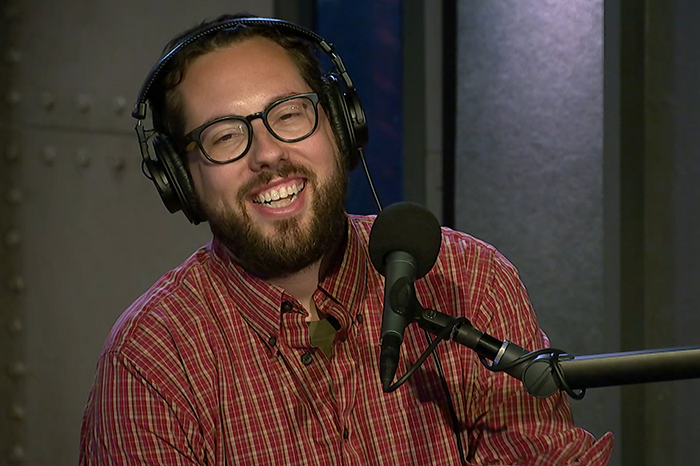 In August, the Stern Show celebrated JD Harmeyer’s on-air bachelor party with a few special guests from the staffer’s past, including former adult entertainment star Annie Cruz and his dirty “bed sheets.” But on Monday, Howard took an unexpected call from Cindy, another woman who said she knew JD back in the day.

“I went on one date with him,” Cindy told Howard. “And I just want to congratulate him for his wedding and finding such a beautiful bride because that man cannot keep a conversation going. I mean, he’s the most awkward guy to ever date.”

Cindy recounted how she met JD while taking a tour of the Stern Show studio where Benjy Bronk also allegedly hit on her. Per her recollection, JD sealed the deal with a Facebook message after the fact.

.@jdharm may be a happily married man now, but one recent caller told @HowardStern she had a really bad date with the #SternShow staffer a few years agoWatch more on the @SIRIUSXM app: https://t.co/CE8OiClSwt pic.twitter.com/5SZD6ALM2P

“That’s his move … He’s very good when he actually writes to a person,” Howard noted.

After agreeing to go out with him, Cindy said JD opted to take her to Hooters for the big date. “It was super awkward. The food arrived, he starts licking his fingers after every bite,” she recalled.

When pressed, though, Cindy admitted she had no interest in dating JD from the start. “I really love the show and I found JD endearing. So, I thought that maybe we could be friends. But it was really just for the show—I’m not going to lie,” she conceded.

JD did not remember things going exactly the way Cindy described, but he decided to take the high road. “Let her say whatever she wants … she thinks she’s being funny,” he told Howard.