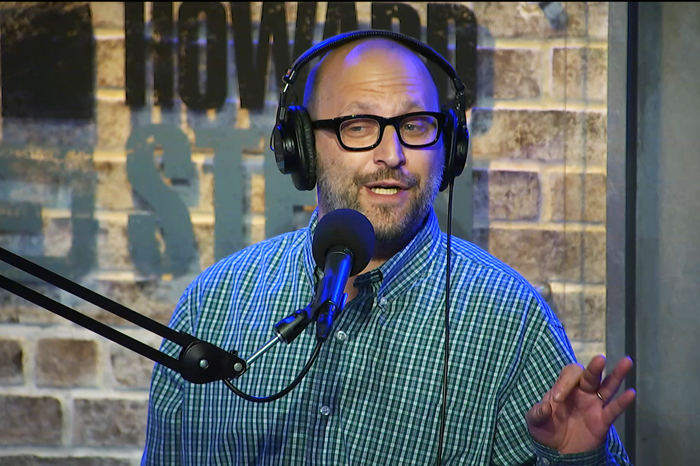 For years, Stern Show superfan Bobo has been telling Howard about the many awards he won while working as a driving safety instructor. But Stern Show staffer Shuli Egar recently started looking into these supposed accolades and now believes many of them are 100-percent fake.

“Shuli’s working on a major, major exposé,” Gary Dell’Abate told Howard on Monday morning. “He’s already figured out that of Bobo’s 60 awards, 30 of them are actually not real awards at all.”

Shuli’s investigation began after he requested Bobo send over photos of each of his individual awards. Those pictures told a different story than the one Bobo was telling on the air. “Some of them don’t even have his name on them,” Shuli revealed.

Bobo explained the awards without his name were probably won by both him and his teaching partner, whom Shuli already plans to interview soon. But what about the awards that appear to be crafted by Bobo himself? Shuli described a decorated frame Bobo proudly displays in his home.

“It’s a frame that you buy anywhere. He taped his picture to it, and then he put little police pins around it,” he told Howard.

According to Bobo, the pins on the outside of the frame were all given to him as acknowledgement of his service, including one he received following a near-fatal traffic accident involving a train he was once in while working with a student driver.

And when Howard asked point-blank if Bobo ever made up any of the awards he supposedly won, he replied, “never.”