VIDEO: Memet Walker Wants to Take Over for Gary Dell’Abate as the Stern Show’s Executive Producer

“I think we do have a real contest here,” Howard says while announcing the new competition 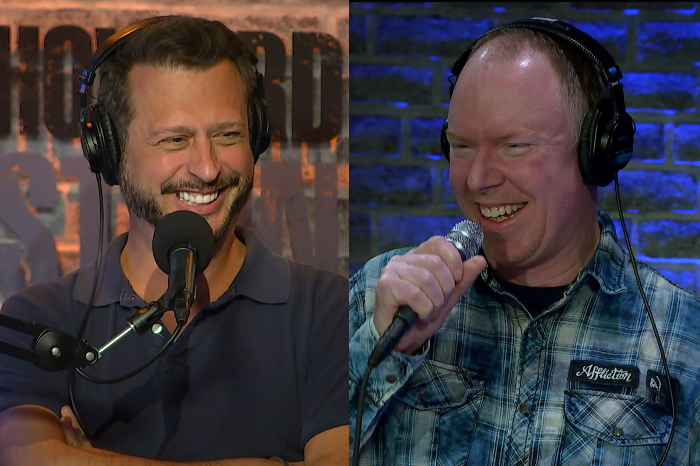 Very few of Richard Christy and Sal Governale’s wild ideas for Stern Show bits ever make it on the air due to how disgusting most of them are, but their latest pitch has gotten the green light from Howard and will take place live in the studio next week.

Get ready for the Heaviest Diaper Contest!

As Howard explained on Tuesday, Richard and Sal will both be wearing diapers throughout their day so they can pee freely as they go about their work. Their soiled diapers will then be weighed and the one who tips the scales the most will be declared the winner and have their diaper changed by the loser.

“No you’re not. No way,” Richard fired back. “I piss every commercial break cause I drink 103 ounces of water a day.”

Not everyone on the staff is as excited for the contest as its participants. Gary Dell’Abate told Howard he wants to be wearing gloves, a mask, and maybe even a hazmat suit while this is all going down. Gary also explained someone will be assigned to shadow Richard and Sal throughout the day so they don’t have to touch anything. But that might not be enough to keep the Stern Show compound clean.

“Am I allowed to pee in Sal’s face while he’s changing my diaper?” Richard asked.

Howard shot his scheme down and also reminded the staffer he’s not allowed to defecate in his diaper in the hopes of upping its weight.

“If it’s not allowed, I’m not gonna do it. I don’t want to get in trouble,” Richard told him. “That’d be the most embarrassing way to get fired ever.” 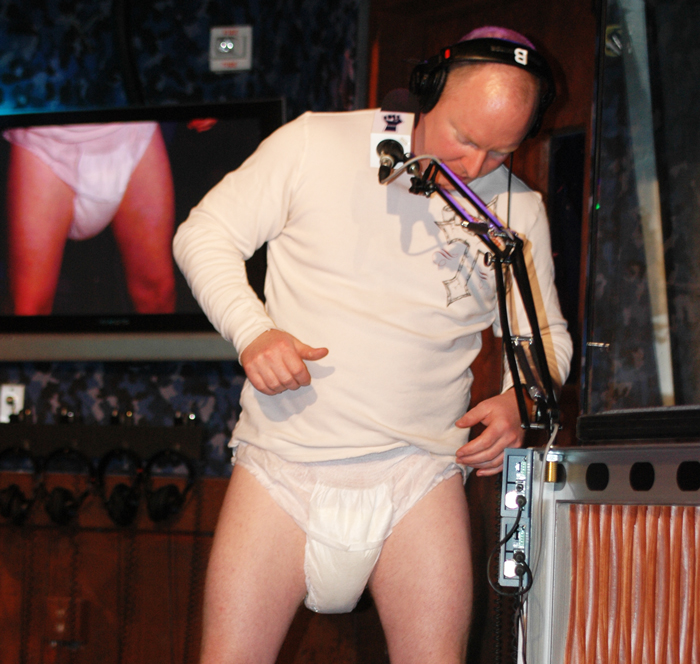 Richard Christy wearing a diaper on the Stern Show in 2008 Photo: The Howard Stern Show

Even if Richard does follow the rules, the staff put him as the early favorite to win the contest since he’s no stranger to wearing (and using) a diaper while attending rock concerts.

“But maybe Sal will surprise us,” Howard said. “I think we do have a real contest here.”

Tune in next week for the Heaviest Diaper Contest to see who wins!