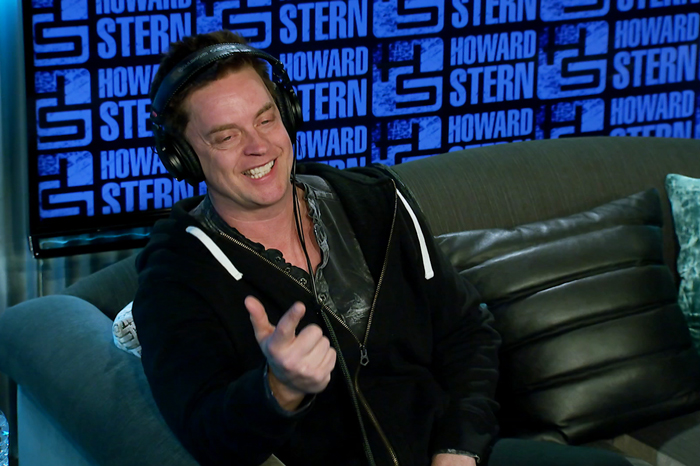 Even though he wasn’t there to witness the scene for himself, Jim Breuer had a hilarious story to tell on Monday’s Stern Show about a supposed run-in between Jack Nicholson and Joe Pesci at an L.A. golf course. Jim originally heard what went down from fellow stand-up comedian George Lopez and the details were too good not to share with Howard and Robin, complete with spot-on impressions of the two Hollywood legends.

“George, I’m sorry if I’m screwing this story up,” Jim stated before explaining Lopez was on the links with Pesci and off in the distance was Nicholson, struggling to make a putt. A young caddy thought he might be able to provide some pointers to Jack on his swing so Pesci sent him over, instructing the caddy, “You tell him that I sent you over.”

Regardless of who sent him over, though, Nicholson allegedly lost his temper with the caddy, waving off his advice. Pesci apparently felt insulted that Jack wouldn’t bother to listen to someone he sent over, so the next thing Lopez knew, it was the “Goodfellas” actor who was nose-to-nose with Nicholson, telling him off.

Hear the whole story as told by Jim Breuer in the audio clip (below).

Breuer’s impression of Pesci certainly hasn’t lost its luster since he first started doing it on “Saturday Night Live” during the recurring sketch, “The Joe Pesci Show.” According to Breuer, there were countless guest hosts who knocked it out of the park while acting on the faux celebrity talk show, but it was 2017 Stern Show guest Jim Carrey who set the bar sky high with his impression of Jimmy Stewart.

“He’s unbelievable,” Breuer said of Carrey. “The hardest part is just not getting caught up just watching him.”

Howard wondered how much of that appearance was ad libbed, but Breuer explained going off script is a big no-no at “SNL.” 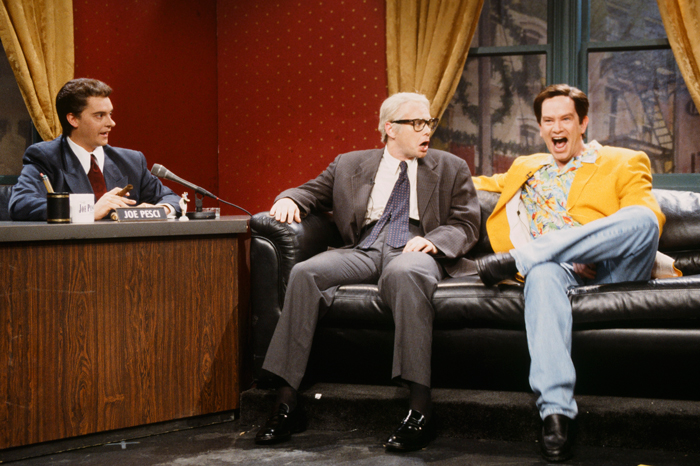 Landing a spot on the famed late-night series was life-changing for Jim, but it might have never happened had a scheduled sitcom starring Breuer and comedian Dave Chappelle actually made it to the air. The series, titled “Buddies,” was a spinoff of the popular ‘90s sitcom “Home Improvement.” Jim told Howard about how he learned he was getting cut from the show just eight days before it was set to premiere.

“I wish they’d just said, ‘You suck,’ or something,” Jim continued. “Buddies” had already been advertised on billboards, in commercials, and even on the cover of TV Guide. But the network decided during the 11th hour to replace Breuer and make Dave the outright star of the show. The recasting effort didn’t work out — “Buddies” was cancelled after five episodes.

“I didn’t see him until I got ‘Saturday Night Live’ months later,” Breuer said of Chappelle. However, there was hardly any bad blood between them — the two agreed to team up once more for the movie “Half Baked” which went on to become a box office success and fan favorite.

“We got bullet wounds, it is what it is,” Jim said of the whole experience, adding that in the end everything happened for a reason.

As displayed during his most recent Stern Show visit, Jim’s stories still leave an audience laughing. His new gig “The Jim Breuer Residency: Comedy Stories and More” is set to start on Feb. 17 at The Paramount in Huntington, N.Y. Breuer’s first two shows are already sold out but Stern Show fans can grab tickets to his May 12 date by clicking here and entering the code “STERN.”