Howard’s limo driver falls into an uncontrollable fit of laughter 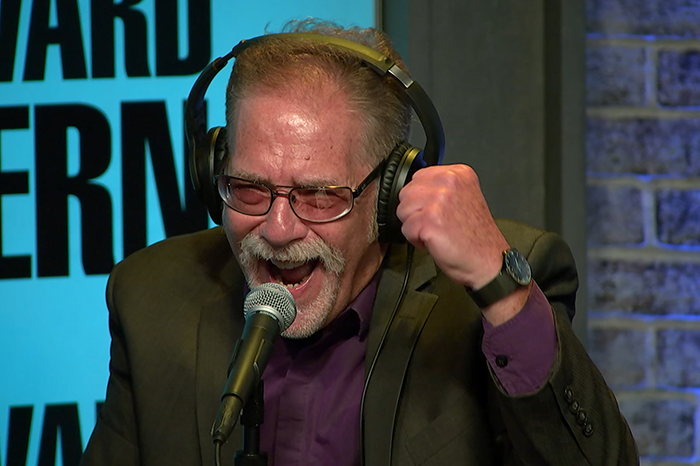 There may be no bigger fan of Ronnie “the Limo Driver” Mund’s infamous sex tips than Ronnie himself as evidenced by outtakes from a recording session he played on air Wednesday.

The clip surfaced as the staff joined Howard in the studio to showcase some of their favorite unaired material.

“I was making [a sex tip] about calamari and I was laughing so hard I couldn’t even do the fucking segment,” Ronnie said before playing the audio (below).

After hearing the clip, Ronnie’s co-workers still had questions, though.

“So, I’m supposed to stick my dick in a piece of calamari?” Gary Dell’Abate asked.

“What’re you supposed to do with fried calamari?” Brent Hatley echoed.

Ronnie admitted even he had no idea what he was trying to say, but he offered up a suggestion nonetheless. “Make it into a cock ring,” he said.