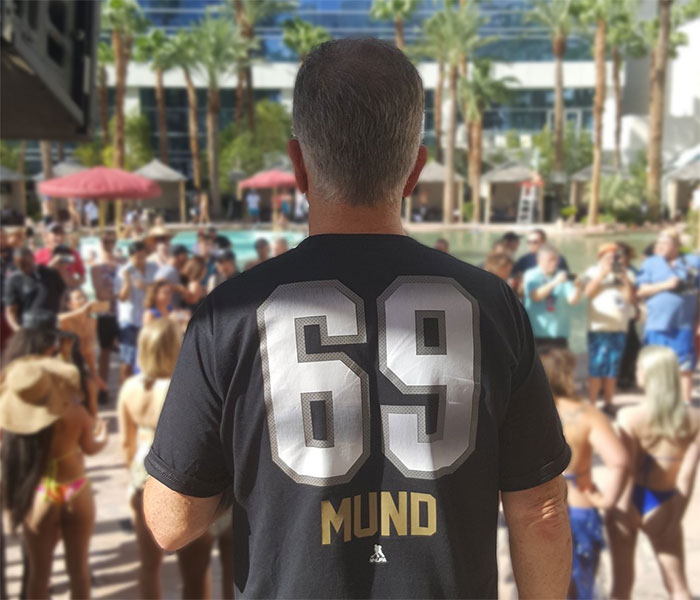 While Ronnie “the Limo Driver” Mund was invited to return to the annual Adult Nightclub & Exotic Dancer Awards Show in Las Vegas once again this year, his tenure at the event could be coming to an end.

Stern Show correspondent Wolfie, who was in tow to document all three days of action, reported Tuesday he heard from unnamed officials they may be looking for new talent. In fact, in contrast to prior years when Ronnie co-hosted the award ceremony, the Stern Show staffer was only asked to work the red carpet and co-host the bikini contest this time around.

“I wouldn’t say that Ronnie has reinvented his act every year, so I think that could be a part of it,” Wolfie said.

Nevertheless, Ronnie maintained he was unperturbed by the reduced role.

In observing Ronnie’s interactions over the course of a few days, Wolfie claimed it became immediately clear how much he idolized strip club owners. He even recorded Ronnie gushing over one such industry veteran.

“He is the man and I love this guy,” Ronnie could be heard praising Rick’s Cabaret President and CEO Eric Langan. “He’s fair with everybody. He’s a gentleman. He’s not a bad boss. He knows how to treat people.”

Wolfie also noted how, after breaking out in 2017 with his “69” catchphrase at the bikini contest, Ronnie proceeded to double down on the innuendo by screaming it nearly any chance he got. In fact, he wouldn’t stop yelling all weekend, according to Wolfie. Hear a montage of his outbursts (below).

Ronnie’s fiancée Stephanie accompanied him to the expo and, while the theme of the weekend was celebrating gentlemen’s clubs, Wolfie told Howard he did not observe Ronnie being the perfect gentleman to her. During one late-night diner outing, Stephanie decided to order a fish entrée, which Ronnie knew she wouldn’t like. Instead of helping her order a new dish, Ronnie allegedly yelled at his fiancée for not listening to him.

“Listen, we fight … we have a good time afterwards. We make up, it’s fine,” Ronnie argued.

Later, Ronnie even attributed his exuberance and drive to his fiancée. “She keeps me young … I found the fountain of youth,” he explained.

If nothing else, Howard was impressed by his limo driver’s energy at 68 years old.

“I don’t know anybody half his age that could do what he does,” Wolfie agreed.