Audiences have been watching Ben Stiller star in blockbuster comedies for nearly three decades now but during his visit to the Stern Show on Tuesday, he told Howard he grew up only wanting to be behind the camera rather than in front of it. That’s exactly what he’s doing in his next project “Escape at Dannemora,” the upcoming Showtime miniseries about the real-life manhunt that occurred in 2015 after two inmates managed to break out of the Clinton Correctional Facility in Upstate New York. Ben serves as both director and producer of the series which also stars Benicio del Toro and Paul Dano as escaped convicts Richard Matt and David Sweat as well as Patricia Arquette as Tilly Mitchell, the prison worker who helped them flee.

Since all three stars have impressive acting résumés already (both Benicio and Patricia are Oscar winners) Howard wondered if Ben ever felt uncomfortable offering scene direction to such seasoned performers. “Every actor is different and you gotta just, you know, connect with them on their level,” Ben explained. 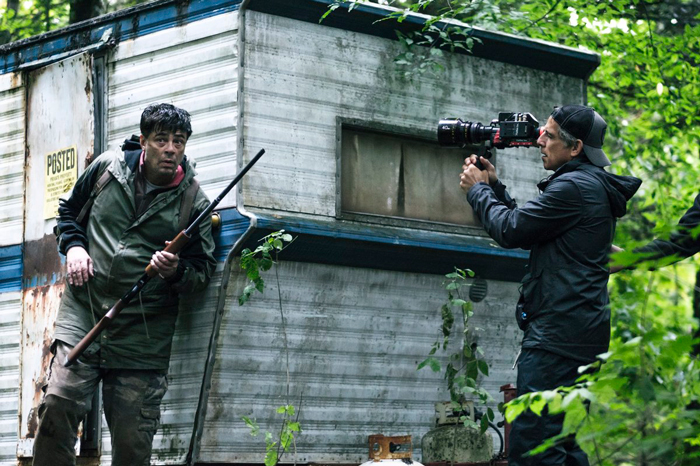 Benicio del Toro and Ben Stiller on the set of “Escape at Dannemora” Photo: Showtime

Ben and the cast even met with the real David Sweat to try and understand the story from their subject’s point of view. Sweat, now serving his original life sentence in a different prison, explained how he masterminded the escape and revealed the mistakes he made that led to him and Matt being caught. Considering how challenging all three lead roles were, Ben admitted he was glad to be sitting in the director’s chair during the production.

“I was very happy directing and not acting,” he told Howard.

But even with his boyhood dreams of becoming an acclaimed director, it was as a young actor that Ben entered the world of show business. He recalled one of his first auditions for a play about a young Jewish boy.

“I was so nervous. I was so bad at auditioning,” Ben remembered.

The monologue he recited required Ben to say the word “bris” several times. However, Ben pronounced the word like “brie,” as in the soft French cheese.

“Something was missing in my Jewish education,” Ben said with a laugh. “I did the whole monologue … and then there was like a beat and they said, ‘Thank you very much and by the way it’s bris.’ As I walked out. No callback.” 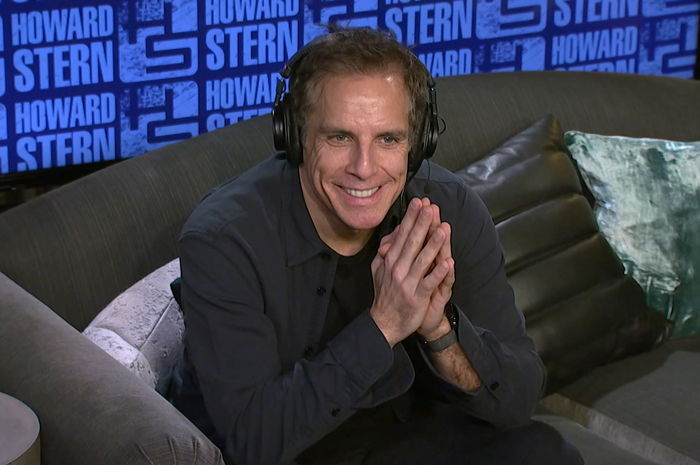 At age 15, Ben did land an acting role on the TV soap opera “Guiding Light” and while he pronounced his dialogue just fine this time around, there was one challenge in his scene – convincingly playing a game of chess with his co-star.

“I didn’t play chess and so the actor told me the moves to do before we shot the scene and I was nervous and they rolled the camera and I just messed up,” Ben told Howard. “I was, like, moving the pawn across the board. It was horrible.”

All the while he was working as an actor, Ben continued to make his own short films. Once after comedian Jon Lovitz came to see a play he was in, Ben asked the then “Saturday Night Live” star if he could show Lorne Michaels something he’d been working on – a parody of the Paul Newman and Tom Cruise movie “The Color of Money.” Lovitz came through and not only did “SNL” eventually buy Ben’s short, he was offered a full-time job on the late-night series as an apprentice writer and featured player.

Starring on “SNL” is something most performers only ever dream of but after just five weeks, Ben knew he wasn’t a good fit for the famed NBC show. “At that point I just wanted to make short films,” Ben told Howard. “I knew that I wasn’t good live because I would get nervous.”

Ben’s exit wasn’t exactly smooth either and he admitted to Howard he probably didn’t resign the right way, causing a rift between him and Lorne. Time has a way of healing all wounds, though, and Ben has since hosted “SNL” two times.

He also had multiple cameos on the show in 2018 playing former Trump lawyer Michael Cohen. Ben revealed he was only asked to impersonate the president’s attorney after emailing Lorne to see if he could bring his daughter backstage to see “Saturday Night Live.” As much as he doesn’t love performing in front of crowds, Ben told Howard there was no way he could turn the opportunity down. Plus, he’s confident him being on “SNL” impressed his daughter even more than just taking her there.

Ben may carry some regret about not sticking around at “SNL” longer, but he told Howard one decision he stands by is making his 2008 movie “Tropic Thunder,” which he called one of his “favorite movie experiences” ever. However, Ben also knows the film probably couldn’t be made today due to its controversial moments, including representations of a mentally challenged individual and his co-star Robert Downey Jr. appearing in black face.

“I showed the movie to the NAACP before it came out because I was, you know, concerned about that,” Ben told Howard. RDJ’s onscreen depiction might not be as well received by critics in 2018, but after the film was released 10 years ago, his performance earned him both an Academy Award and Golden Globe nomination.

As if Ben didn’t have enough titles already, he can now add recording artist to his long list of professional accomplishments. His high school punk band Capital Punishment had their first album “Roadkill” rereleased in September after the 1982 record caught the attention of some at the music label Captured Tracks.

“Apparently it was appreciated on its own merits before they knew that I was the drummer,” Ben said.

Howard played a few of Capital Punishment’s most avant-garde tracks, like the song “Necronomicon” which begins with someone simply repeating the name John over and over again.

“It’s just weird to listen to something that you did 35 years ago,” Stiller said with a laugh. And while Ben told Howard he knows he’s not the world’s best drummer, he’s not ruling out getting the band back together for a live concert someday soon.