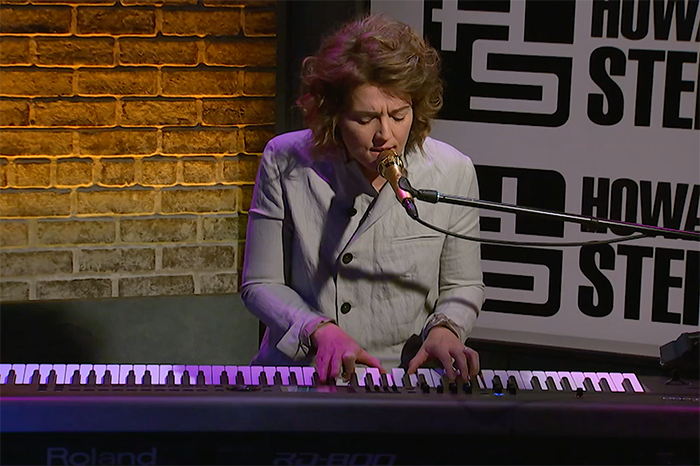 In honor of Joni Mitchell’s 75th birthday on Wednesday, Howard announced that Grammy-nominated singer-songwriter Brandi Carlile had stopped by the Stern Show studio to record a special cover of the music icon’s “A Case of You,” available exclusively on the SiriusXM app.

Brandi’s take on the track from Joni’s 1971 album “Blue” features her beautiful vocals backed by a keyboardist and three-piece string section.

In honor of @JoniMitchellcom‘s 75th birthday, @brandicarlile recorded a cover of “A Case of You” for @HowardStern—watch the full performance exclusively on the @SIRIUSXM app: https://t.co/jqscHzbBUv pic.twitter.com/luPJuU9haT

The 2018 Stern show guest also took over the keys herself to perform a powerful version of her song “Party of One” in a second video, also available on the SiriusXM app.

Watch @brandicarlile perform a powerful version of her track “Party of One” in the #SternShow studio as well as a special cover of @JoniMitchellcom‘s “A Case of You” only on the @SIRIUSXM app: https://t.co/ycXs1CRveP pic.twitter.com/QK9Uox3iJg

Watch Brandi’s full cover of Joni Mitchell’s “A Case of You” here and check out her “Party of One” performance here.