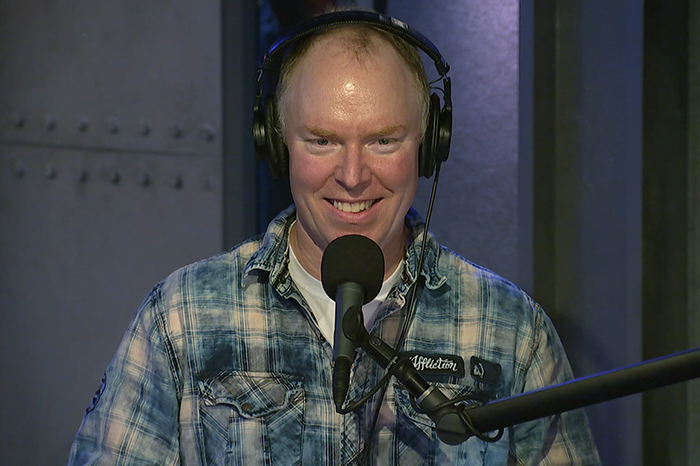 Stern Show staffer Richard Christy came into the studio on Monday morning to discuss his new favorite TV show “Live PD,” a “Cops”-like A&E reality series offering a live look at police units across the country as they respond to various 9-1-1 calls.

Richard and his wife enjoy the show so much they plan their weekends around it, watching “Live PD” together every Friday and Saturday night while drinking a special “wallpaper wine,” which they nicknamed due to the bottle’s distinct label.

Richard’s love also apparently extends to “Live PD” host Dan Abrams, who doubles as ABC News’ chief legal affairs anchor and the host of SiriusXM’s “The Dan Abrams Show: Where Politics Meets The Law.” The Christys play a game each week in which they try and guess what sweater Dan will wear on “Live PD” and, according to Stern Show executive producer Gary Dell’Abate, Richard said he fears he’ll get emotional should he ever run into Dan in the halls of SiriusXM.