In honor of Election Day 2018, Howard talks to the staff and Wack Pack about their plans to vote 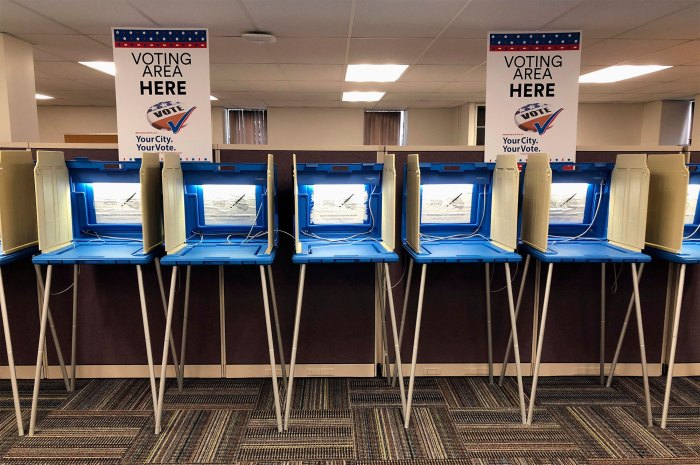 Tuesday’s Stern Show got off to a patriotic start in honor of Election Day as Howard and his co-host Robin Quivers discussed who on the staff planned to vote in the 2018 midterm elections.

Most in the back office said they were voting, but Sal Governale, Shuli Egar, and Steve Nowicki revealed they planned to abstain. Howard brought the three holdouts into the studio and, after a lengthy discussion, Shuli said he had changed his mind and would now go vote.

Curious about the voting plans of the Wack Pack, Howard also fielded calls from Tan Mom, High Pitch Erik, and Wendy the Slow Adult. Tan Mom initially said she’d decided not to vote, but after a few minutes on the phone with Howard the “Free 2 Be Me” singer changed her tune and said she’d embrace her civic duty after all.

High Pitch explained he couldn’t vote this year since he never registered his new address after recently moving. But Gary Dell’Abate said he heard the real reason Erik didn’t want to head to the polls today was because he simply didn’t like waiting in long lines.

As for Wendy, she said she was registered and planned to vote later today. Considering she lives in the hotly contested state of Florida, Howard asked her how she planned to make a decision. Wendy told him she’d support whomever jumps into her mind.

“Right now you are, Howard,” she responded.

After breaking the news he’s not running for anything, Howard asked Wendy about a few specific matchups for senate and governor. But Wendy hadn’t firmly decided.

“Well, I’ll give you this, I’m proud of Wendy—the fact that she’s even going to the polls and voting in her own kind of slow way,” Howard said.