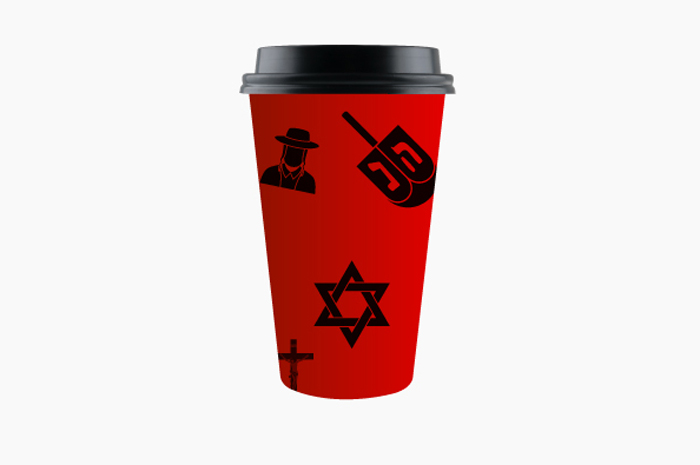 Fans of Starbucks coffee have long celebrated the chain’s holiday edition cups, but when the 2015 version featured a more subdued design, some in America cried foul over what they perceived to be a “war on Christmas.”

“So, we decided to have some fun and create our own Starbucks cup,” Howard told listeners on Wednesday.

Instead of the official design, Sal Governale took to the streets to see what people would think of a cup adorned with pictures of a dreidel, a rabbi, the star of David, and a very small depiction of Jesus on a crucifix.

Hear how the redesigned cup was received (below).