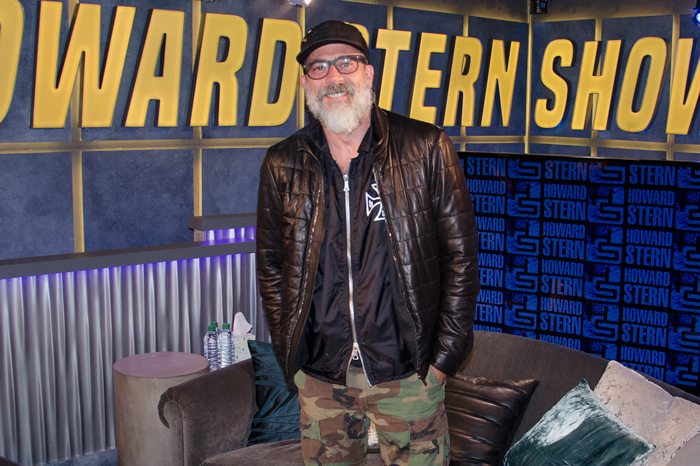 It’s a wonder how actor Jeffrey Dean Morgan was able to walk into the Stern Show studio on Monday morning considering he recently got crushed by his co-star Dwayne “the Rock” Johnson on the set of their new movie “Rampage.” Jeffrey told Howard the two were shooting a stunt that was supposed to end with the Rock falling at Jeffrey’s side but the hard-bodied movie star missed his mark.

“He landed on top of me while doing a stunt but he landed on top of me from quite a distance,” Jeffrey explained. He estimated the Rock’s build to be in the ballpark of 300 pounds and compared it to having a freezer dropped on him. As painful as it was for Jeffrey, Johnson was quite amused by the failed take.

“I hear him start giggling,” Jeffrey told Howard. “And he’s like, ‘I guess we gotta do that again.’”

Being body slammed by the Rock isn’t the only on-set injury Jeffrey has sustained since he last saw Howard, either. He also relived having his nose fractured by his method-acting “Walking Dead” co-star Andrew Lincoln, who plays Rick on the long-running AMC series.

“I knew he was gonna punch me because he gets so amped up, Andy does,” Jeffrey said of the scene that aired during this year’s midseason finale. Jeffrey and Andrew had rehearsed the fight ahead of time, but when it came time to actually shoot it their fists landed closer to each other’s faces than originally intended and Lincoln connected with the bridge of Jeffrey’s nose.

“He was more upset than I was. He’s not an asshole at all, he’s a great dude,” Jeffrey told Howard. Lincoln later even gave Jeffrey a gift certificate for a facial and a massage in order to apologize, but Jeffrey admitted he still got his revenge in a subsequent episode.

“Later on in the season I kicked him in the nuts and it made me feel better,” Jeffrey said with a laugh. 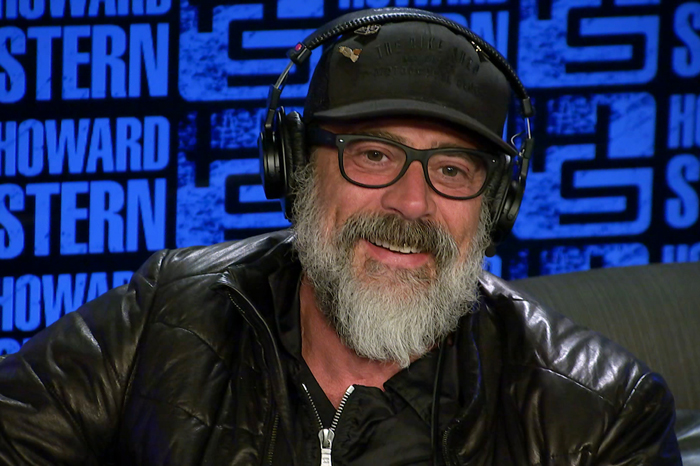 While Jeffrey’s character Negan might be widely considered the villain on “The Walking Dead,” he made the argument that Rick is actually more evil. “What do you think the kill ratio is?” Jeffrey asked Howard and Robin, both devoted “Walking Dead” fans. “Rick killed 50 of my people while they slept.”

And while Howard and Robin pointed to Negan’s sinister personality and the innocent people he’s taken out with his barbed wire-wrapped baseball bat Lucille, they conceded that Jeffrey’s character has seen his fair share of injustice from Rick and his crew.

When he’s not shooting “The Walking Dead” down in Georgia, Jeffrey said there’s a good chance he’s hanging out with his other co-star Norman Reedus who plays Daryl Dixon on the apocalyptic TV show.

“I love him. He’s family,” Jeffrey said of Norman whom he’s known for 20 years after the two met while both were trying to find their big break in Hollywood. The two spend a lot of their time riding motorcycles together, Jeffrey on one of his Harleys while Norman prefers driving a Triumph. Jeffrey even went on a Spanish road trip for his friend’s motorcycle reality series “Ride With Norman Reedus.”

“It’s really nice to be … almost 52 and have a best friend,” Jeffrey continued.

When his work is done, Jeffrey returns to his sprawling farm in upstate New York where he lives with his wife Hilarie Burton. Jeffrey still manages the candy store that he co-owns with his friend and fellow actor Paul Rudd and it sounds like he may soon have another small business to look after — an alpaca wool store. 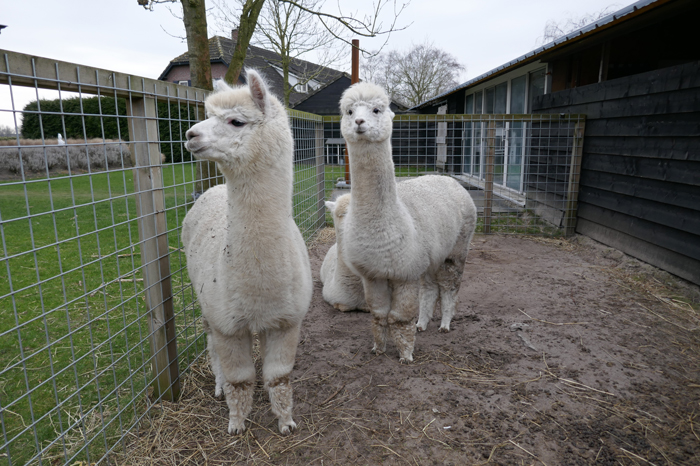 “We take in a lot of alpaca now,” Jeffrey told Howard, explaining he now has 16 of the animals on his farm. “Sweet animals until you want to shear them.”

Shearing the alpacas once a year is a must in order to take off their thick coats ahead of the warmer summer weather. “I have a guy come in but I’ll sit on top of them because you have to have more than one person,” Jeffrey told Howard. They then process the wool which can be used to knit clothing. Jeffrey supposed on Monday if they keep rescuing alpacas and taking the wool off of them annually, he might soon start selling his wares.

It’s not just the alpaca population growing on his farm, either. “My wife got me three donkeys for Father’s Day last year,” Jeffrey said. “Two days later, there were four donkeys. One was pregnant and we didn’t know it.”

The littlest donkey took an immediate shining to him, following Morgan around the farm wherever he went. However, before Jeffrey left for his current “Rampage” press tour, he had to fix his four-legged friend after the donkey started to get a tad bit too frisky.

“I’m not sure he’s gonna like me anymore,” Jeffrey joked.

Jeffrey and Hilarie’s family also expanded in 2018 after the two welcomed their daughter George Virginia in March. Jeffrey explained his baby girl’s name comes from the title of an old “Bonanza” episode. He named his son Gus after a Western character as well, Augustus “Gus” McCrae from the popular book and TV miniseries “Lonesome Dove.” 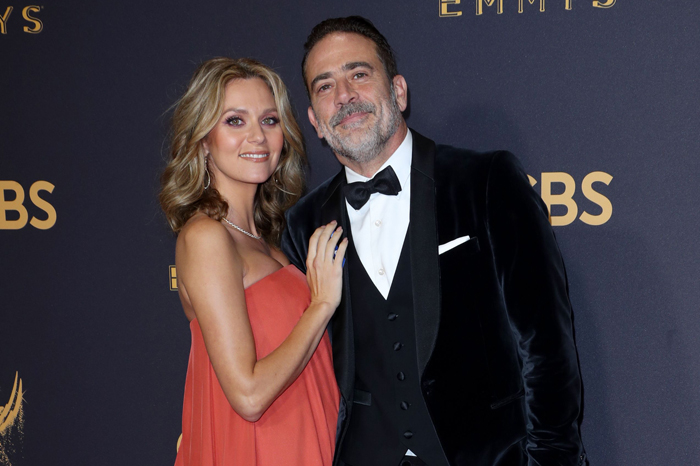 “I delivered both children,” Jeffrey told Howard. Though there was a midwife in the room to assist, it was Jeffrey who actually pulled both his son and daughter out. “[As] soon as the baby started crowning they kind of just pushed me in there,” he continued.

Robin wondered how Jeffrey even knew what to do once down there. He smiled and replied, “I didn’t.”

“He played a doctor. He just pretended to be one,” Howard said, referring to Jeffrey’s time on the medical TV series “Grey’s Anatomy.”

Two children may be enough for Jeffrey and Hilarie. The actor even suggested to Howard he might soon undergo a vasectomy just to be safe.

“I did it to my donkey, I might as well do it to myself,” Jeffrey said.