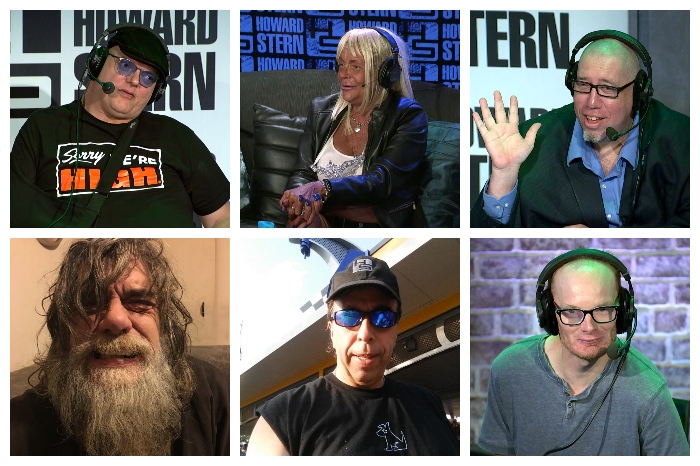 Which Wack Packer has the most time on their hands? That’s the question the Stern Show set out to determine with a special new segment called Last Wack Packer Standing.

The social experiment put Jeff the Drunk, Tan Mom, High Pitch Erik, Bigfoot, Bobo, and Medicated Pete all on a conference call together. And though no one told the Wack Packers what to discuss once on the line with each other, their conversation was nothing shy of fascinating.

“We didn’t tell anyone what was up, or what to do, or what to say. We just let them exist in their natural habitat,” Howard explained on Monday.

While the entire call lasted 34 minutes, Jeff the Drunk, unsurprisingly, bailed out first after just 42 seconds. Hear his abrupt exit (below):

Tan Mom was next to leave after warding off an advance from High Pitch Erik, who followed her lead once he had been on the line for 26 minutes. Bigfoot also hung up soon after — but not before his fellow Wack Packers took turns trying out their best impressions of him.

With only Bobo and Medicated Pete left on the line, it was no surprise who would be the last Wack Packer standing considering Pete’s previous 25-minute goodbye with Wendy the Slow Adult. And after 30 minutes the results became official as Bobo couldn’t take it anymore.

“Medicated Pete did not make it easy. He did not want Bobo to go,” Howard told listeners.

In fact, even after Bobo hung up, Pete stayed on the line for more than four minutes calling out Bobo’s name in case he was still there.