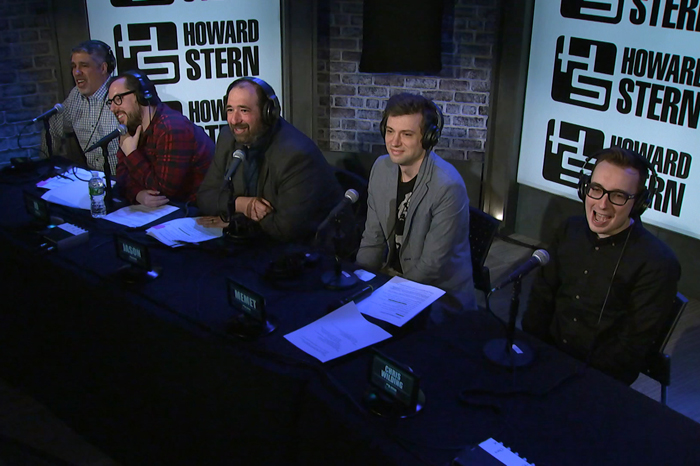 Wack Packers were on the phone and the Stern Show staff was gathered in the studio, all waiting with anticipation to finally hear Howard’s big announcement. But with his crew lined up before him, Howard looked at (and heard) his staffer JD Harmeyer and suddenly realized something.

“When I do the JD puppet, how could I leave out his laugh?” Howard said.

JD’s distinct hooting laugh has long been heard on the air but Howard admitted he had somehow forgotten to try and imitate it while working his brand-new JD puppet.

JD’s co-workers Chris Wilding and Richard Christy each attempted to do their own impressions and explained the hoots change pitch depending on how funny he thinks something is.

“I’m going to be shadowing JD for the next couple of weeks,” Howard continued, adding he wants to learn every nuance there is about the staffer.

“Don’t you have an announcement to make?” JD asked right before he let out a subtle hoot.