“Breaking news! Mama is having the kittens as we speak!” Mariann from Brooklyn screamingly announced live on the Stern Show Wednesday 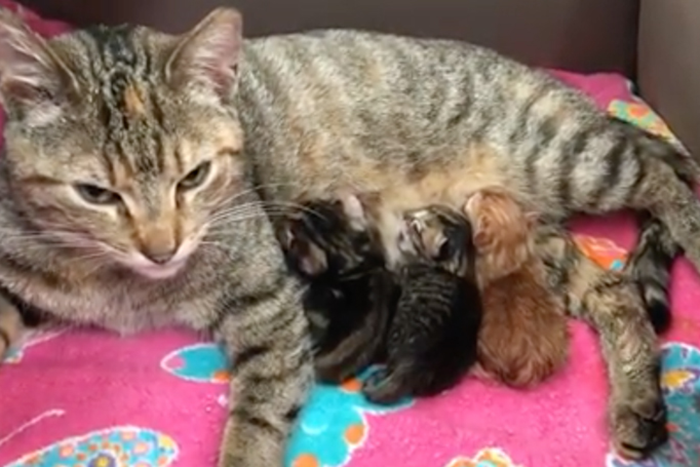 The miracle of life happened right in Howard’s home on Wednesday morning as a rescue cat named Sophie gave birth to a litter of kittens.

Beth Stern was there to witness the special moment and even broadcasted a live video of the kittens coming into the world on her Instagram. Stern Show superfan Mariann from Brooklyn was at home watching and quickly called in to tell Howard live on the air.

“Breaking news! Mama is having the kittens as we speak!” she screamed.

Mariann wasn’t the only one riveted by Beth’s video. A listener named Joe also dialed into the Stern Show and congratulated Howard, telling him, “you’re officially a cat dad.”

Howard and Beth have helped save countless cats and have had previous fosters give birth while living with them. “It’s really remarkable to watch,” Howard told his co-host Robin Quivers. “I wish I could’ve been there.”

Howard joked his wife has become somewhat of a “doula” to these pregnant cats since she’s such a pro at helping them during the delivery. “She really does a lot because actually it’s quite messy,” he said.

But as good as Beth is at caring for newborn kittens, Howard added how impressive it is that cats have a natural instinct for how to handle their young the moment they’re born.

“They clean them, they eat up all the afterbirth – it’s fucking wild,” Howard explained. “I think when she started eating the afterbirth I was a little freaked out but then I just made believe it was chewing gum.”