“It seems every time I sing my heart out I have to grow another,” the Aerosmith frontman writes 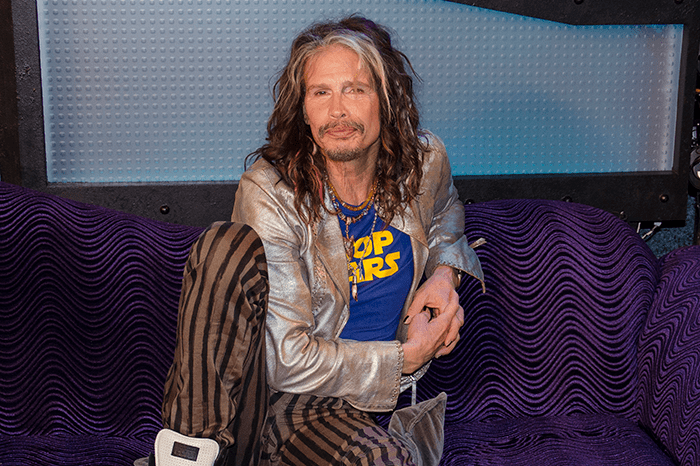 Steven Tyler on the Stern Show in 2016 Photo: The Howard Stern Show

Howard woke up to a text message from rock star Steven Tyler Wednesday morning inviting him out to Las Vegas for Aerosmith’s new residency at the Park Theater located at the Park MGM resort.

“According to Steven, this Aerosmith show is off the fucking chart. And he’s all jacked up about it,” Howard told Robin.

As pleased as he was by Steven’s gracious offer, Howard said he was even more struck by how lyrical the rock icon’s writing style was. “Even when he writes a text, it sounds like a song,” Howard described.

For instance, in one portion of the note, Steven said, “It seems every time I sing my heart out I have to grow another.”

Later, the legendary frontman warned, “Remember, whatever goes on in Vegas winds up in the New York Times.”

Howard admitted it was hard for him to craft a response back to Steven. “When you get a text from a guy like that, you can’t text back. It’s too witty,” he lamented.