“I’m even dumber than you think,” the Stern Show staffer tells Howard 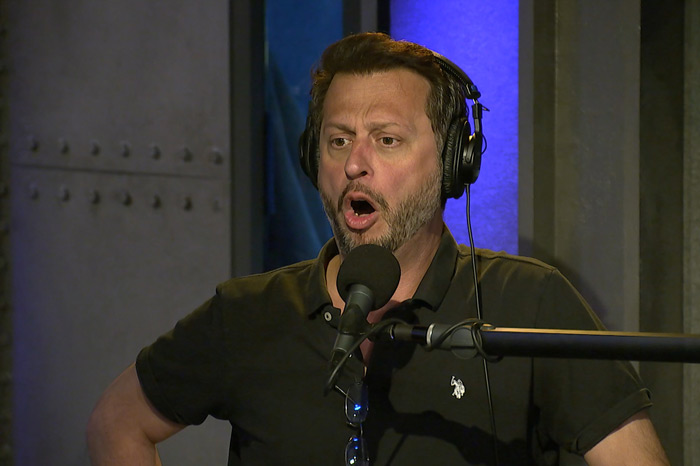 On Tuesday’s morning, Sal Governale revealed he has repeatedly tried treating his balanitis—a recurring medical condition of the penis he described as the male equivalent of a yeast infection—by using various homeopathic remedies he stumbled across on the internet.

Much to the staffer’s surprise, the results haven’t been great. He said tea tree oil “burned like a motherfucker,” a different oil turned his penis purple, and a third solution, which involved stuffing left-out yogurt and chopped-up garlic in the foreskin “pouch” of his uncircumcised penis, only exacerbated the condition.

Between Sal’s home remedies and fellow Stern Show staffer Memet Walker’s recent deep dive into the world of anti-vaxxers, Howard wondered why so many people seemed anti-doctor all of a sudden.

“I’m really not … I’m into homeopathic stuff,” Sal told him.

“I had a purple cock for a month, I guess you’re right,” Sal laughed.

On Wednesday, Sal spoke more about his balanitis treatments and the disastrous results. “If you can believe this, I’m even dumber than you think,” Sal told Howard. “I took the yogurt and the garlic, I made a concoction, I put it in a little cup and then I put it in my bag …. When I poured it on my penis that afternoon, it was about 4 p.m., it was hot.”

Sal, whose unsuccessful self-researched treatments also include taking red yeast rice to lower his cholesterol, admitted he regrets failing to first consult a doctor: “When I called my dermatologist, ‘Well,’ he said, ‘Yogurt has sugar in it and yeast eats up sugar; it’s the worst thing to do.’”

Howard wondered why Sal doesn’t just peel back his foreskin and do some regular cleaning to keep the condition at bay. “Once a day when you’re in the shower with a little soap,” the equally uncircumcised Fred Norris explained.

Sal said he does that but the balanitis still comes back every year or two. “It’s just a buildup of smegma in my foreskin,” he said.

“Your foreskin is like a stuffed grape leaf,” Howard joked.