“Howard Stern strikes again,” the Swap-N-Shop host says. “How about that?” 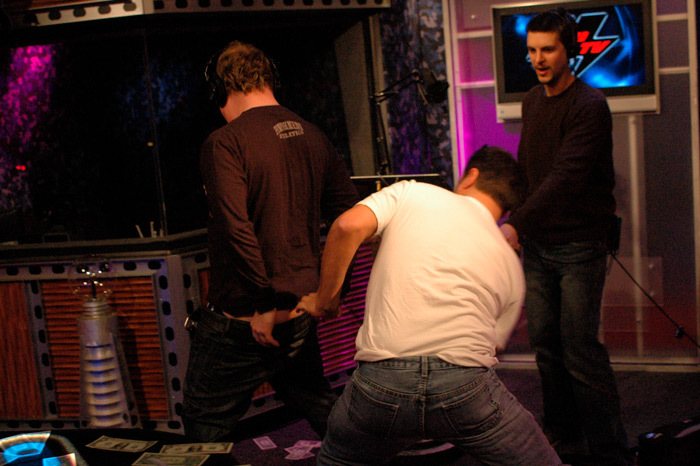 Back in 2017, it was Sal getting his ass slapped by Richard during a Guns N’ Roses fan contest, but this time around it was Richard getting his bottom beaten. “This is called ‘Howard Spanks Richard on Swap-N-Shop’ … It’s really something else,” Howard explained before playing it on air.

The prank call begins innocently enough with Richard trying to pull one over on the Swap-N-Shop radio show’s host to promote “Howard Stern Comes Again.” But things escalate after the host catches on and “Howard” gets on the line to reprimand his employee with a spanking.

“Alright, well, Howard Stern strikes again,” the host says, ending the call as quickly as possible. “How about that?”

Richard and Sal were far from done with their on-air mischief, though. Take a listen to the full phony phone call (below).