Shuli Egar and Brent Hatley may not always get along with each other on the air, but since the two Stern Show staffers are both huge soccer fans they decided to go to a recent match held at Yankee Stadium together. There was no conflict between them while watching the action on the field but Shuli came clean about a prank he pulled from his seat without Brent even noticing.

“He doesn’t know this,” Shuli told Howard with a laugh on Monday.

One of the camera operators at the stadium that day is a friend of Shuli’s and was given the heads-up the two would be coming. Shuli revealed this friend sent a text message right before he was going to put the two of them on camera, giving Shuli enough time to take out a sign he snuck in with him with the word “liar” and an arrow pointed directly at Brent.

Check out the photo (above). 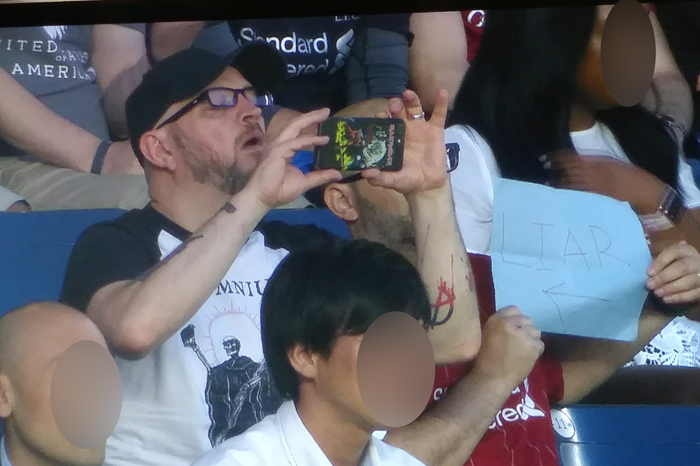 Because Brent was taking a photo of the field, he didn’t even realize what Shuli was doing at that moment.

“This is the first I’m hearing of this,” Brent told Howard. “What an asshole.”