“You call yourself a swinger; you’re not a swinger,” the Stern Show staffer tells his co-worker

Brent Hatley and his wife Katelyn have been vocal about their swinging aspirations, but after eight months of courting couples and not much to show for it, Shuli Egar is wondering whether the sexed-up duo can really be considered “swingers.”

“It always ends on a makeout. It never goes past that,” Shuli asserted on Tuesday’s Stern Show.

Moreover, he thinks he knows why. “I think [Brent]’s the X-factor … I think he creeps them out. That’s my theory.”

Brent, though, was incensed by the insinuation he was the issue and argued they have simply been taking things slowly. “You have no idea what the fuck you’re talking about,” he shot back at his co-worker. 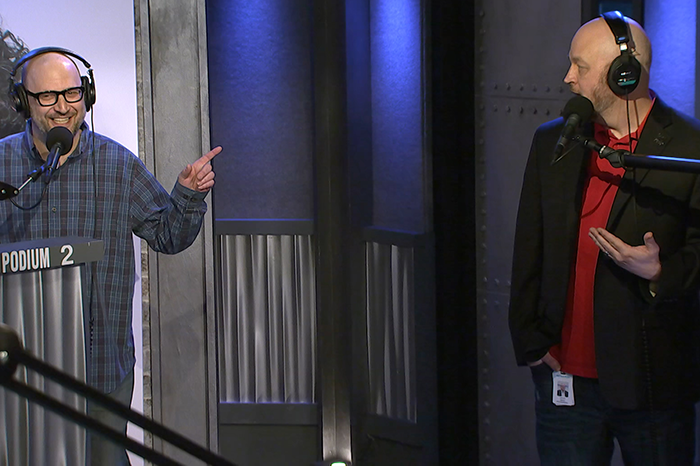 In fact, Brent and his wife will soon be traveling once again to a swingers resort in Florida where certain areas require complete nudity — and Brent has high expectations this time around.

“I’ll be real honest with you … before, I was really fat. And since I’ve lost weight it’s gotten a lot better,” he admitted.

Additionally, between getting breast augmentation surgery and having a large tattoo inked onto her body, Katelyn has recently needed some time off from their swinging aspirations to allow herself to fully heal.

Still, until the deed is done, Shuli held firm in his opinion. “You call yourself a swinger; you’re not a swinger,” he doubled down.

While Howard later got word Brent and Shuli were still arguing in the hallways even after leaving the studio, Brent returned and assured listeners they would be fine, especially considering the two share an office.

“He’s got one coming back when the opportunity presents itself,” he added with a laugh.