It would appear JD Harmeyer is no “Son of the Beach.”

On Tuesday’s Stern Show, Howard closely examined his staffer’s recent honeymoon trip to California that he took with his now wife, one year after the two wed each other. While Mrs. Harmeyer enjoyed jet skiing around Lake Tahoe and sunbathing at the beach, JD preferred to stay fully clothed at all times. JD explained he wasn’t looking to show his body off due to it being “not that great.” 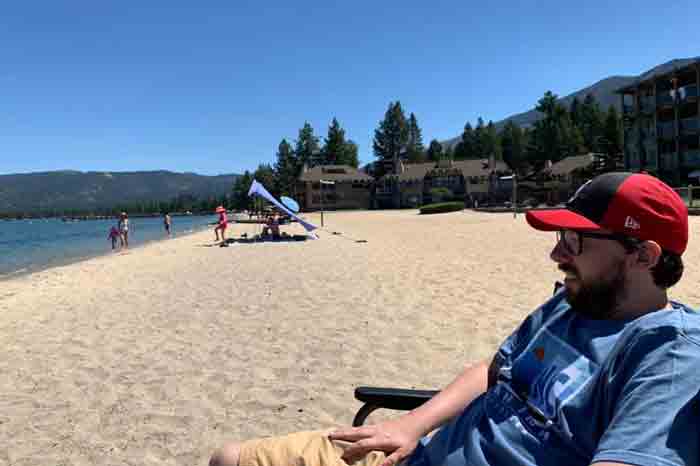 As much as he might not like spending time in or around the water, JD did enjoy their visit to Napa, even purchasing a rather expensive souvenir – a $100 bottle of red wine he could only describe as “really freaking good.” And though the Harmeyers don’t have room for a wine cellar in their current home, they do have a cabinet devoted to their burgeoning collection of wine bottles. 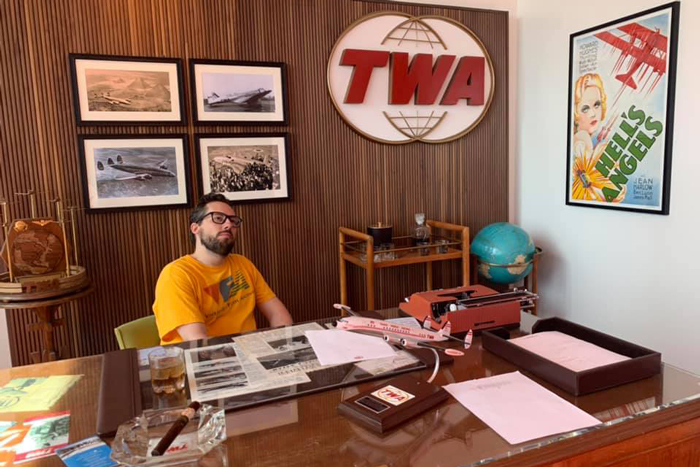 JD Harmeyer at the TWA Hotel at JFK Photo: The Howard Stern Show

The Harmeyers actually began their vacation at a hotel in New York City, staying at the new TWA Hotel at New York’s JFK Airport. A baffled Howard couldn’t fathom the charm of staying at an airport hotel, between all the noise and imminent smells that come with being in such proximity to a runway.

“You don’t have to stay there. You live in New York!” an equally confused Robin said.

“We had to get up early,” JD replied. 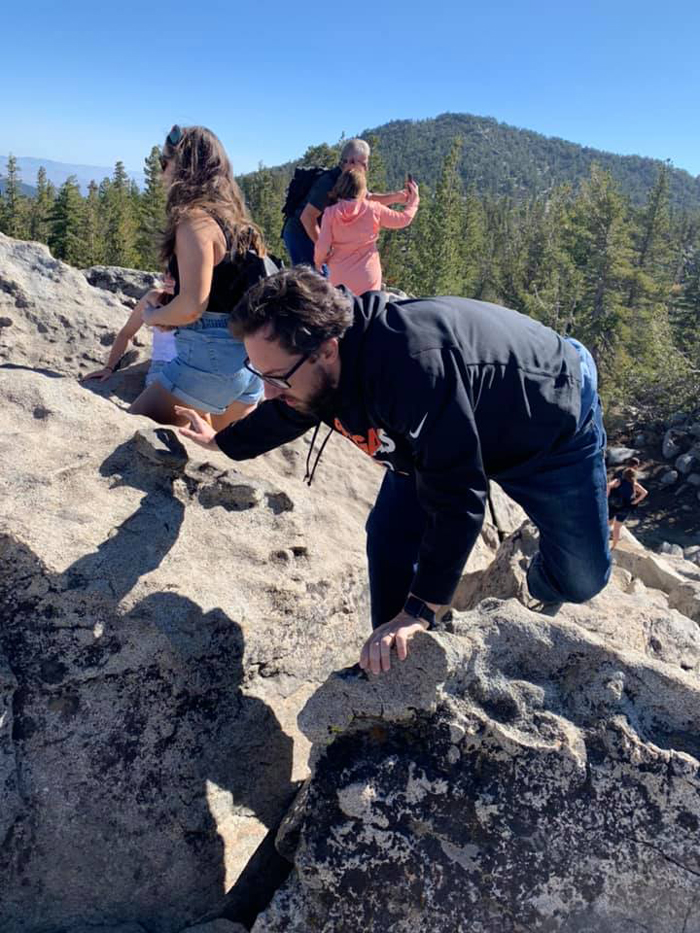 Possibly the best part of the vacation, according to JD, was the hike they took at Yosemite National Park, even though he injured his hand along the trail. The couple unfortunately didn’t make it to the waterfall at the end of their excursion either due to JD’s fear of “slipping and dying.”

As much as JD didn’t love his wife’s frequent photo posts of the trip on social media, they made Howard very happy. “It’s like having a nanny cam on my JD at all times,” he said with a laugh.

With talk of the Stern Show traveling to L.A. in October, JD has been saying he’d be willing to smoke weed for the first time in his life on air since marijuana use is legal out there. Howard’s good friend Jimmy Kimmel offered to show the cannabis virgin how to toke up, but there might be a different celebrity better suited for the job – boxing legend Mike Tyson. The former champ left a voicemail for JD the other week saying he wants to be the one to light up with him in Los Angeles.

“I’d like to smoke with you on the air,” the former champ said.

Hear Mike Tyson’s voicemail in the audio (below).