"They moved most of the incriminating evidence in the cover of night," the frequent Stern Show caller tells Howard 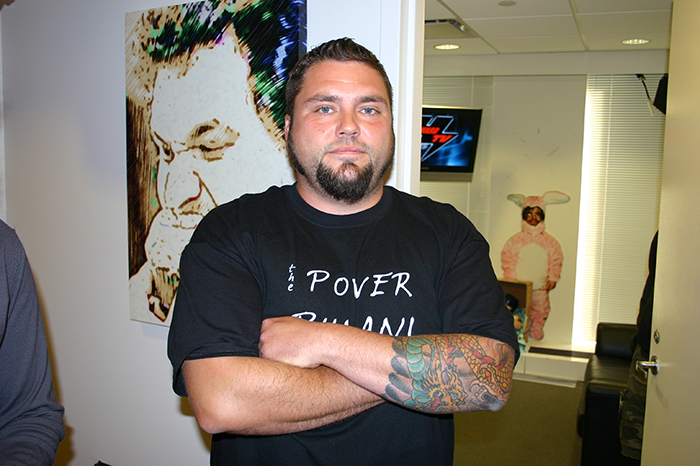 A Stern Show caller on Tuesday wanted to get Howard’s thoughts on the upcoming “storming” of Area 51 that some alien enthusiasts are supposedly planning. Howard made it clear no one should try to infiltrate the classified military facility but noted conspiracy theorist High Register Sean called up to vehemently disagree with him.

“It’s making me sick to my stomach listening to you tell these fine Americans not to get the information that we’ve been lied to, suppressed from,” Sean said over the phone.

When Howard wanted to know why alien life would hide at Area 51 Sean explained, “the government is keeping this information under wraps … aliens are interested in high tech society, they’re keeping tabs on us.”

Sean’s thoughts on extraterrestrials motivated Howard to give him a bit of a motivational speech on life’s purpose. “You should get great at your job, rooted in reality,” he told him. “You’re out in the woods looking for dog people.”

Sean hasn’t always been solely consumed by conspiracy theories, though. He admitted when he was 12 his dream was to one day write for “Saturday Night Live.”

“Why give up on the dream?” Howard asked. “Why not go to the library every day and read a great book or read something that would increase your ability to become a great writer … why waste your time on nonsense?”

Later on, “Alex Jones” called in imploring Sean not fall for the trap of going to Area 51 with his fellow martian hunters. “They’re going to the wrong base, they moved all the aliens to Area 6, to the Nevada National Security Site,” he warned. “They have all the aliens there.”

Even though fake Alex Jones was clearly joking, Sean agreed with just about every word he said.

“They moved most of the incriminating evidence in the cover of night,” High Register said.

Listen to audio clip (below).