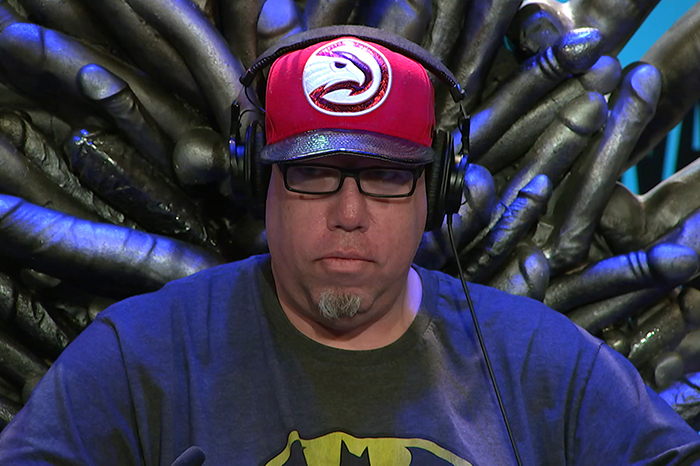 The topic of High Pitch Erik with a license to drive continued to be a hot button issue on Wednesday’s show as Howard played audio of the Wack Packer displaying a case of road rage.

“Erik drove a friend around when he had his learner’s permit. The friend captured Erik speeding and yelling at an 18-wheeler truck,” Howard told Robin.

After Erik’s passenger can be heard pleading with him to slow down several times, High Pitch unleashed on a fellow highway dweller. “Come on, what are you doing? Fucking asshole,” he screamed on the tape.

Wondering who would be “nutty enough” to get into a car with Erik, Howard remembered Shuli Egar was just that nutty on the day the Wack Packer took his road test. The Stern Show staffer also managed to record some of Erik’s vehicular outbursts.

Despite telling Shuli he didn’t have any road rage issues, High Pitch Erik could be heard shouting everything from “fucking move, you jackass” to “the fuck you honking at, dick?”

Listen to the audio (below).

Fortunately, Erik’s road rage may have a cure: fast food.

Right before taking his driver’s test, High Pitch mentioned the presence of a Burger King across the street from the driving school and said he fantasized about ordering “the largest Coke they have” from Popeyes. When Shuli reminded Erik it was only 7:40 a.m., the Wack Packer was unfazed.