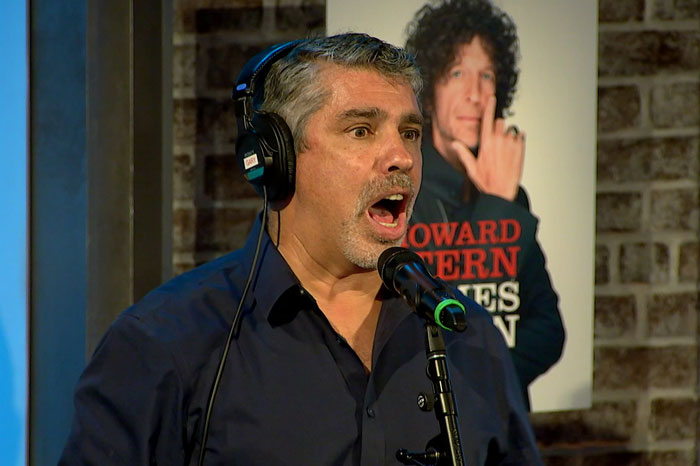 Howard and co-host Robin Quivers had plenty on their minds Tuesday morning following the astonishing results of Monday’s contest to discover the germiest Stern Show staffer.

“I was still thinking about it all day,” Robin said.

“Me too,” Howard said. “I walked in this morning and I tapped JD [Harmeyer] on the shoulder, you know, just to say hello, and I went in my office and Purelled because I realized they all had feces on them.”

Robin and Howard could still barely believe the findings, which indicated the office was awash in fecal bacteria, executive producer Gary Dell’Abate had a trace of a potentially lethal bacteria called Micrococcus luteus, and staffer Richard Christy somehow had more fecal matter on his hands than he did on his butt.

On Monday, Gary was worried his wife might be upset by the results. On Tuesday, he revealed Mary Dell’Abate was instead apparently “moderately annoyed” by the methodology behind the testing—since Gary’s office gets plenty of traffic, she thought it could’ve been contaminated by nearly anyone. Robin and Howard saw her point and floated the idea of re-testing the staff sometime in the future.

Richard, meanwhile, enjoyed a different perspective. Howard was astonished to learn the staffer seemed proud to have been crowned Germiest Staffer and was even found strutting around the back office Monday afternoon “like he’d just won the World Series.”

“Well, you can’t embarrass him with dirt.” Robin noted. “Look, Howard, the boy’s mandible was rotting inside of his mouth because of the way he deals with life.”