“The headline here is I don’t know if JD is stoned, but Ronnie [Mund] is wrecked," executive producer Gary Dell'Abate says 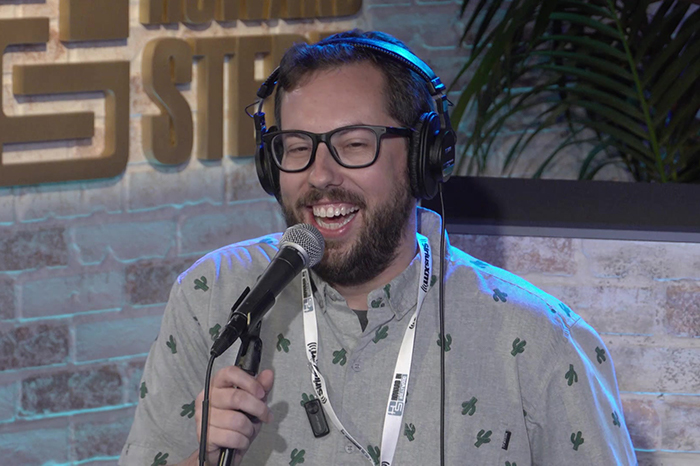 After getting advice from celebrity marijuana aficionados Seth Rogen and Snoop Dogg, Stern Show staffer JD Harmeyer on Tuesday was ready to smoke weed for the very first time. Joining JD at Lowell Farms, the U.S.’s first cannabis café, was Raymond, a paramedic, and Bianca, a flower host there to explain the different strains and their effects.

When asked what he could do in case of a medical emergency, Raymond warned of limited options. “There really isn’t anything,” he said.

As far as the type of weed, Snoop, Seth, and Bianca all helped JD select a peanut butter strain pre-rolled in a palm leaf with a corn husk filter, which the flower host predicted would be “a nice, silly, stony, fun high.”

Stern Show Executive Producer Gary Dell’Abate was also on hand to report live from the scene as well as Howard’s limo driver, Ronnie Mund, and staffer Shuli Egar, who referred to the space as “heaven.”

Between all the professionals and their advice, it seemed nothing could get in the way of JD smoking his first joint … except maybe one little thing. “He apparently doesn’t know how to work a lighter,” a stunned Gary remarked.

“My thumb always slides off these things,” JD said.

After several false starts, the lighting of the joint finally commenced. “JD, so you want to put the joint in your mouth when you’re going to light it, so you inhale while you’re lighting,” Bianca instructed.

“He just took a big hit and blew it out like a champ,” Gary reported after JD took his first drag.

“I think I inhaled,” a coughing and laughing JD said.

JD eventually did show signs of impairment, but he was far from the most stoned staff member. That honor seemingly went to Ronnie.

“Ronnie’s gone, Howard,” Gary said as the limo driver and head of security could be heard in the midst of hysterics. “His face is like a beet,” he added.

Apparently no amount of marijuana could diminish the driver’s appreciation for the opposite sex. “You gotta see the hot chicks man,” Ronnie stated.

One such woman was a flower host, whose profession Ronnie couldn’t seem to quite grasp. “You’re a florist?” he asked her.

Once the staff returned to the studio, it appeared the mission was indeed a success.

“I feel good,” JD declared, although he admitted he’ll probably stick with fine wine rather than weed in the future.