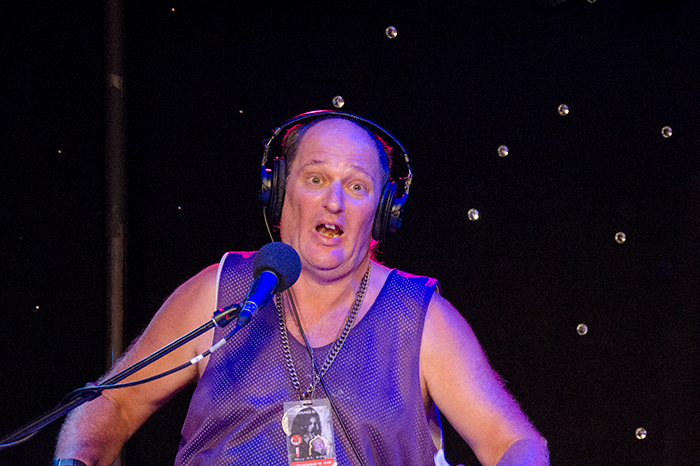 Jeff “the Vomit Guy” Levy moments before living up to his name, 2016. Photo: The Howard Stern Show

It was revealed on Tuesday’s show that Jeff “the Vomit Guy” Levy, who has long been known for his proclivity for having women regurgitate on him, left a peeved voicemail for Howard for failing to find any volunteers recently.

“He’s a guy who calls at least five times a day,” Stern Show staffer Shuli Egar confirmed. “The gist of every voicemail is how come we haven’t helped him be used as a human toilet for women.”

“I want Howard to be my Santa Claus for the holidays and produce the biggest gift of all,” Jeff confessed live on the air Tuesday.

Listen to Jeff’s enraged voicemail, complete with his gaggle of pet birds in the background (below).