“JD-ini looks like he’s about to pass out,” Robin Quivers remarks while looking at the costumed Stern Show staffer

After a nearly three-year absence the Great JD-ini, “the predictor of possible futures, wearer of a stupid costume,” was present inside the Stern Show studio Wednesday to give his forecast of fortunes for the year 2020.

“Everyone loves the Great JD-ini,” Howard announced. “Oh crusty sheet clairvoyant please, in your infinite wisdom, tell us what our futures will be.”

“I predict Ronnie the Limo Driver’s fiancée will burst into tears at her wedding when she realizes Ronnie lived through the entire ceremony,” JD-ini stated. 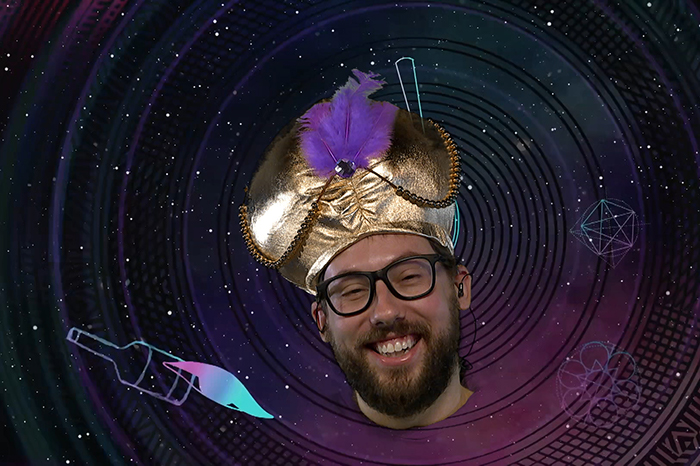 After a lukewarm reaction, the Great JD-ini looked into the future once more. “I predict that instead of finding coal, this year naughty kids will open their stockings to find Jets season tickets,” JD-ini guessed.

JD-ini’s predictions extended into the political arena as well. “I predict during the first year of his second term … Donald Trump will replace Obama Care, invade Iran, and build a 2,000-mile wall, all with a Sharpie,” he said. “You know, like when he did the Sharpie on the map thing.”

“Oh peanut butter profit, he who explains every joke trying to somehow salvage it,” Howard said with a laugh.

At some point, the toll of looking into future became obvious to others in the studio.

“JD-ini looks like he’s about to pass out,” Robin observed.

“JD-ini’s in a green screen outfit, which means it’s a tight green leotard … so you can see his head floating” Howard reported over Robin’s uncontrollable laughter. “Just show him in the green outfit.” 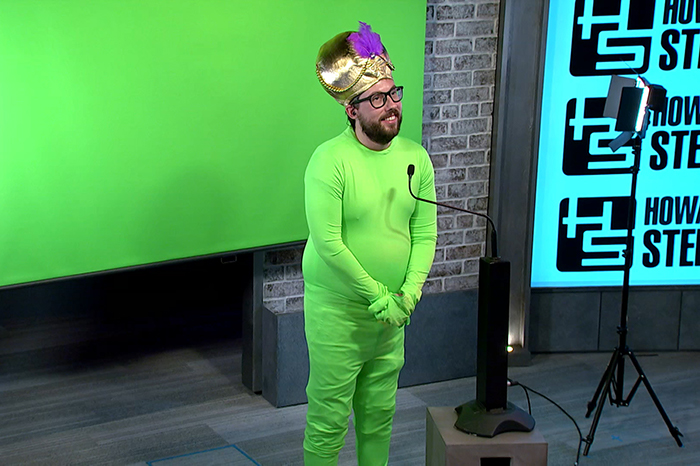 Behind the scenes with the Great JD-ini. Photo: The Howard Stern Show

“Please, close your psychic portal to the unknown and take off that stupid turban and never show your face again for two more years,” Howard requested while wrapping up the latest JD-ini segment.

Watch all of the Great JD-ini’s predictions in the video (above).