“It’s like somebody tapped me in the balls and then it progressively gets worse,” the Stern Show Staffer explains 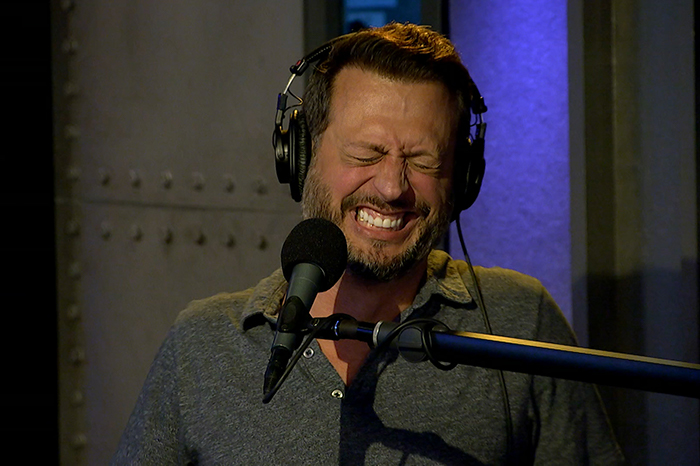 A catch up with members of the Stern Show staff Tuesday brought to light a rather harrowing medical issue currently plaguing Sal Governale. “Sal’s developed a cyst on his balls called spermatocele,” Howard announced. “He said it felt like someone had kicked him in the nuts.”

Howard went on to explain how growth rarely causes much pain in those afflicted. “Sal’s must be huge,” Howard guessed.

“It’s a little bigger than a marble,” Sal confirmed. “I have a light, constant pain … it’s like a migraine of the balls.”

At one point, the pain was so bad for Sal, the staffer had to resort to unconventional methods of relief. “Howard, it was so bad I was on the train and I had to unbutton my pants,” he admitted. “I was crying.”

While Sal’s doctor was unsure what caused the issue and said there’s not much to do, Richard Christy was willing to go above and beyond for his friend, offering to rub the effected area. “I’ll be real light … I want to make him feel better,” Richard said.

“Maybe he has some healing power,” Robin wondered.

Richard eventually did feel the cyst in hopes of curing his friend. “Does that feel better?” he asked.