The recent accomplishment of Howard’s book “Howard Stern Comes Again” being Apple’s best-selling nonfiction book in 2019 continued to be celebrated Wednesday with a 21-fart salute from longtime guest Will the Farter. “Will got in touch with us and said, ‘If Howard wants a 21-fart salute, I’ll give it to him’,” Howard said with great appreciation. “That was awfully generous.”

Having shared his ability to break wind on command with the Stern Show since 2002, Will first caught Howard up with what he’s been up to as of late. “I went to the U.K., some guy who has known me I think about 13, 14 years now … he loves farts,” Will explained. “He said he wanted to smell my farts … it was actually an enjoyable trip.”

While Will is, according to Howard, a “professional farter,” the gig wasn’t without its bloopers. “I said, ‘James, I have a fart coming on,’ and he got up … he tripped … he went face first in my ass,” Will recalled. “I thought that was hysterical.”

Not beholden to adult clients, Will has even performed at children’s birthday parties “I was there doing it for like two hours,” Will explained. “They were all laughing, they all enjoyed it.”

“I’ve never heard anyone fart as good as you, in terms of also, not only length but the actual sound, the vibration, and the length of time, and the amount of farts you can get out in any session,” Howard gushed. “It almost seems limitless, it’s an amazing power.”

Howard went on to theorize that the fact Will was born without an anus might explain his extraordinary abilities. “In a way, when they built you a new asshole you got a superpower out of it,” Howard said.

“I’m feeling as if my superpowers might be waning, but I can still do it,” a wary Will admitted. “I probably have to get a colonoscopy because … I started having issues where I would bleed for no reason.”

“Oh no,” Howard said with alarm. “We can’t afford to lose your gift, there’s not many people who can do this.” 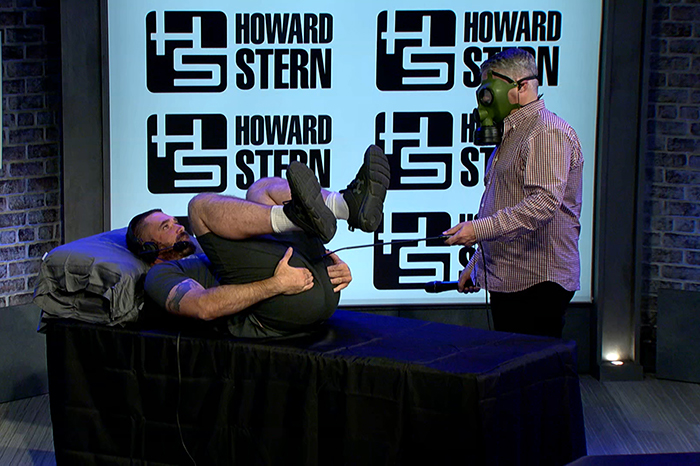 When it was finally time for Howard to be honored and with executive producer Gary Dell’Abate in a gas mask to capture the audio, Will detailed how he’d be firing off his 21 farts. “On my back and I’m going to suck in the air,” he said when asked about his positioning.

“You’re going to suck it into your asshole,” Howard confirmed.

“Yes, It has something to do with muscles I guess,” Will responded. “It just sucks it in and then I can blow it back out.” 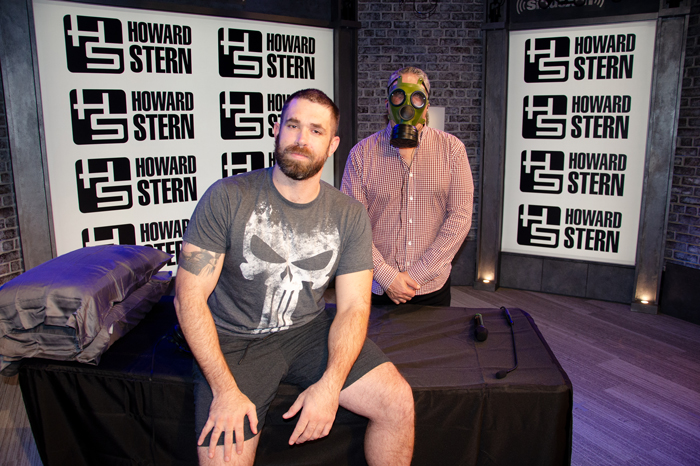 Once Will began the salute, his audience was clearly captured. “Oh my God, you’ve not lost your powers,” Howard said with a laugh. “There [are] no enhancements on these farts.”

After a grand finale in which Will even strained his neck, Howard couldn’t have been more appreciative. “What a salute … there’s no better way to promote than what you just did,” Howard said. “You are the world premiere farter.”

You can check out Will the Farter’s Official YouTube Channel here and email him at thebakeyfactor@gmail.com