“Everything out of this woman’s mouth is gold,” Howard said after hearing the Wack Packer’s latest recording session

On the heels of her irresistible hit song “Free 2 Be Me,” the one and only Tan Mom returned to the recording studio recently to lay down the track for her newest single, “Money Maka.” Howard debuted the new tune on the Stern Show Tuesday morning which also happened to be the Wack Packer’s 51st birthday.

“You’re my family so I wanted to call,” Tan Mom told Howard over the phone.

Producing “Money Maka” was hardly easy. For starters, Stern Show staffer Shuli Egar reported Tan Mom didn’t even show up on the first day in the recording session since she wasn’t feeling well. The next day, however, she showed up at the studio an hour early.

“Nobody was there to let her in,” Shuli said.

Once in the booth, Tan Mom had some trouble seeing eye to eye with her producer, Electropoint. Howard played some behind-the-scenes audio in which the Wack Packer explains she only wants to “freestyle” her lyrics.

“I agree with her. Don’t give her direction,” Robin Quivers said. As a recording artist herself, Robin has also told her own producers in the past not to give her any direction while she’s hard at work.

The recording session must have been tiring for Tan Mom since Shuli reported she dropped to the ground at one point. “I walk around the corner and I see she’s laying on her back and she has her legs over her head,” he recalled. Tan Mom explained she was “just stretching.”

“Well, you know, she has to do her process,” Howard joked. 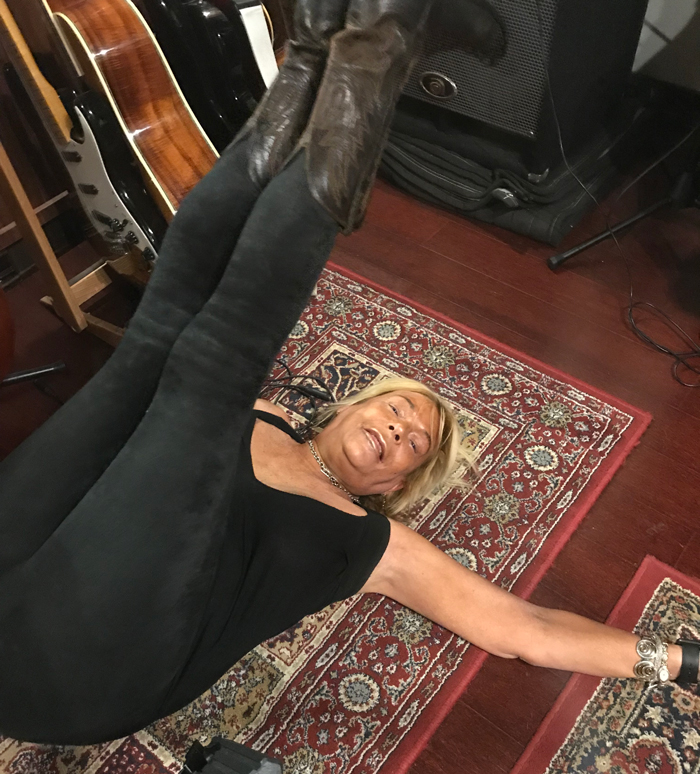 The lyrics for “Money Maka” wound up being just as memorable as Tan Mom’s previous performances, with mentions of “clubbing,” “chicken soup,” and of course multiple references to being free.

“Everything out of this woman’s mouth is gold,” Howard said with a laugh.

She’s got your paper

Show me what you got

Show me what you got

Take it to the top

I’m about… to start!

Watch me and I’ve made you money

I’m sick and tired of you being some honey

I bought you so I am done

(Adam) I wanna make some money with you

(Patricia) I wanna make some money

We’ve ever gone out

Who picks up the check?

(Patricia) I love you Roman!

(Patricia) Once we go out to the clubs,

I don’t do rubs

I don’t want your dick

And your penis in me

So why can’t we all

What’ll I want to do

Is be with you

I wanna make some money

I wanna say it again!

What’ll I want to do

Is be with you

I don’t remember anything!

(Patricia) Once we go out ot the clubs

I don’t do rubs

I don’t want your dick

And your penis in me

So why can’t we all