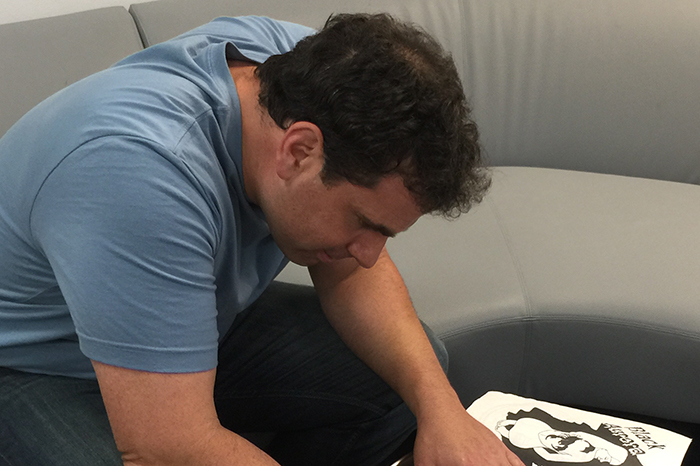 After the news that radio personality Don Imus passed away in December, Howard on Tuesday played a voicemail the Stern Show received from Wack Packer and master impressionist Sour Shoes channeling the late jock.

“Oh my God Sour Shoes, when he heard Imus died over the weekend he started calling the office as Imus … he’s got that voice down,” Howard said. “It’s not like a parody of Imus, it’s perfect, it’s just his voice.”

Howard, Robin, and Fred all enjoyed Sour’s attention to detail, from mentioning old Imus bits to performing the music that was played during their WNBC days. “Sour Shoes even does … all the shitty music we played at NBC,” Howard marveled. “Sour Shoes has an incredible memory.”

As convincing as Sour’s impression of Imus was, Howard had a harder time believing the reason for why he didn’t show up for last month’s Hollyweird Squares. “He claims he drove his car into a lake, which I’m having a hard time believing,” Howard noted.

“He was lying in bed and didn’t want to be here that day,” Robin reasoned.