“In my estimation I think it’s the feud of the year,” executive producer Gary Dell'Abate says before presenting his pick for best fight

Howard on Monday continued reviewing the best moments from the Stern Show in 2019, this time focusing on staff confrontations. “Robin this is exciting, I’ve got the whole panel in here,” Howard said to his co-host. “There were some pretty serious feuds between our staff in 2019.”

Take a look (below) at who went head to head last year.

Kicking things off on the panel was Jason Kaplan, who brought up a confrontation between Howard and co-worker JD Harmeyer. One year after JD wed his wife, the two took a romantic honeymoon to Northern California. But when Howard questioned how much the trip was costing, JD lost his cool. “Howard, JD got really mad at you,” Jason said. “You started trying to give him some financial advice … JD just snapped.”

After the clip was played and JD revealed a ski vacation he and his wife recently took, Howard had even more to say. “I hear about a ski vacation that you don’t ski on … every one of these vacations sounds like something you fucking hate and she loves,” Howard stated.

“Beth pushes you to leave the house sometimes, I get pushed into doing things and I have fun for the most part,” JD defended. 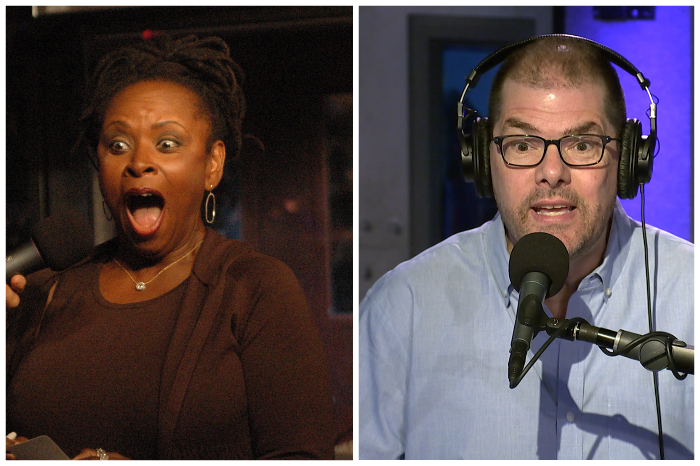 “Ain’t that right,” Ronnie Mund seconded. “No problem doing that.”

“Believe it or not in 2019 she got under Jon Hein’s skin,” Shuli claimed. “Jon got upset [with] a ‘Game of Thrones’ discussion.”

After listening to the fight, Howard gave his approval of the selection. “That was a good fight,” Howard agreed. “I didn’t even remember that one.”

For Brent Hatley, the best fight of the year involved executive producer Gary Dell’Abate, Jason, and food. “Gary chimed in once back in March … he had a mouthful of food,” Brent said.

After Jason leaned back in his chair to see what Gary was eating, “that just incensed Gary and then Jason chimed in that it was plantains that were on Gary’s desk,” Brent added.

“I got to admit, that day did set me off with the plantains,” Howard remembered.

“He goes zero to a hundred, man,” Shuli agreed.

“There’s a lot of Gary shit man,” Ronnie Mund said as he set up his favorite feud of 2019. “Gary got into this thing with Sal [Governale] with this trip to BottleRock and everybody was wondering why Sal was so upset with Gary about this whole thing.”

“Sal was giving me shit and I had a theory on why he’s always picking on me,” Gary confirmed.

“Wow, that was a good fight,” Howard said to Gary upon listening. “You kind of won that one.”

Ronnie Mund vs. Everyone 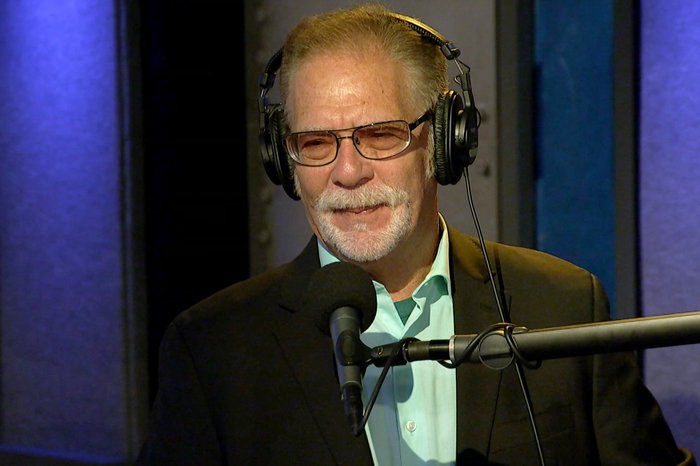 Chris Wilding’s selection involved Ronnie … and everyone else after things took a turn at the former’s Labor Day party. “A lot of people had issues with this guy at the party,” Chris told Howard. “Brent accused the guy of harassing Katelyn [Hatley] and then Memet [Walker] goes ‘Hey, I know that guy … he was taking pictures of my girlfriend’s butt all night.’ So Ronnie, instead of getting angry at the friend or questioning the friend, sprayed vitriol at everyone in the studio.”

Gary saved what he thought was the best for last – the drama between Brent Hatley and actor Michael Rapaport. “In my estimation I think it’s the feud of the year,” Gary explained. “Brent’s been pretty open about his swinging, but actor Michael Rapaport is disgusted by him. The only way he knows how to fight is a rap battle.”

For his part, Brent recorded a rebuttal track. “That was a pretty good song,” Howard said.

“It was cool man,” Ronnie chimed in.