Ronnie “the Limo Driver” Mund missed a day of work last week so he could officiate a friend’s wedding in Mexico. But on Monday, he had to answer for why he left town so early since the ceremony wasn’t until Saturday.

“I sent out emails to everybody about what I was doing and I arranged to have the day covered for me,” Ronnie said on Monday.

Considering he plans on retiring to Las Vegas at the end of the year, however, some thought this was a sign he’s starting to neglect the job at hand. Ronnie disagreed. “I’m not checked out,” he insisted. “I made this arrangement a long time ago.” 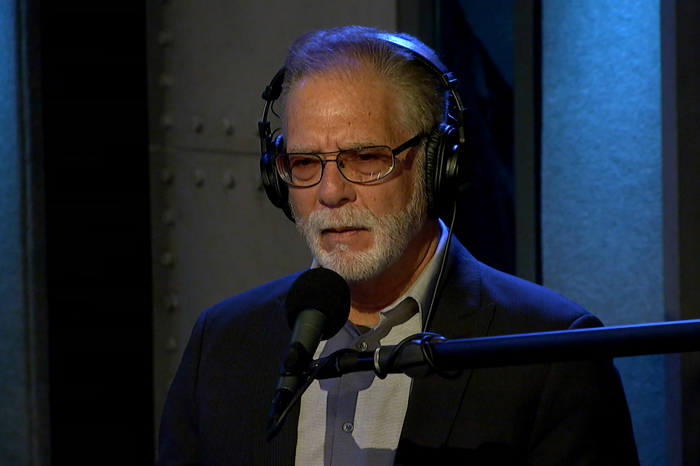 Staffer Will Murray suggested Ronnie was overly focused on shoring up his Sin City social circle and finding him and his fiancée Stephanie a new place to live. “That’s what you do when you’re fucking moving, you moron,” Ronnie countered. “You focus on getting a fucking house and making friends.”

“Why couldn’t you wait until after the show on Wednesday to go to this wedding?” Will asked, pointing out that the ceremony wasn’t actually on a show day and Ronnie could’ve flown down a little later.

“Why can’t you fucking mind your fucking business?” Ronnie retorted. “I’ll do what I fucking want to do.”

Ronnie wrote his own script for the ceremony and used the internet as a resource, though he told Howard he had originally asked staffer and comedian Shuli Egar for help crafting material. The two never wound up collaborating, however, and according to some back office staffers Ronnie was upset with Shuli for blowing him off.

Ronnie didn’t seem too angry in the studio, but he did seem to blame Shuli for the communication breakdown. “He said he was going to help me and he forgot about it,” Ronnie said. “Okay, fine—so I went out and did it on my own.”

Shuli saw things differently. He said Ronnie asked him for help but then never followed up on it. In fact, he said Ronnie never even told him who was getting married. “What am I supposed to do with what you gave me?” Shuli asked Ronnie on Monday.

Ronnie said he planned on giving Shuli more information when it came time for the two to sit down and write together, but until then he didn’t want to spill any beans for fear Shuli might share the details with other people. Despite writing his script without Shuli’s help, Ronnie believed he delivered the goods down in Mexico.

“I did very well on my own,” he said, adding a few people in attendance even shed tears while he was speaking. “It was an emotional moment,” he later clarified. “They weren’t crying, crying.”

Everyone in the studio was curious how the typically crass staffer managed to pull off such a delicate ordeal, especially considering Ronnie apparently didn’t even include any Stern Show references in his remarks.

“All I know, everybody came over to me and said what a great job I did. Okay?” Ronnie said.