“Hello and welcome to the show f-ckers,” Howard’s head of security can be heard saying 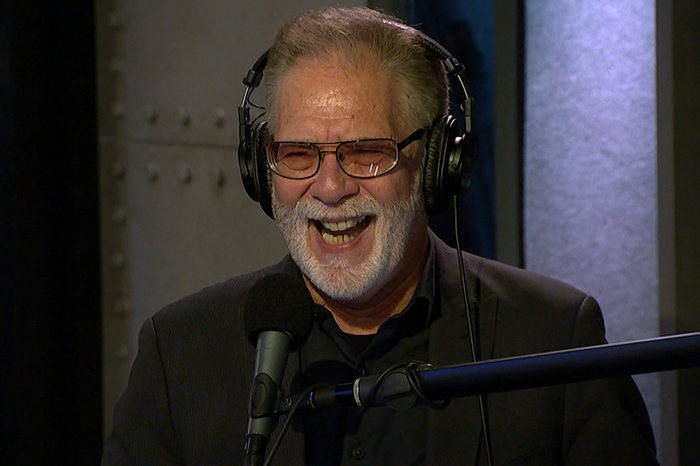 A comedy club’s request for Ronnie “the Limo Driver” Mund to host a show featuring Shuli Egar was ripe for parody, leading the staffer to have Ronnie record a take on “Willkommen,” the well-known number from the musical “Cabaret.”

“You’re not going to beat clips of Ronnie,” Shuli said with great confidence during Wednesday’s cleaning out of the computer.

Upon listening to his driver’s rendition of the iconic song, originally performed by the musical’s emcee, Howard seemed to agree with Shuli’s assessment. “Wow, what a talent,” Howard marveled. “How long did it take to record that, seven hours?”

“Oh, you should hear the outtakes,” Shuli responded. “It’s an eternity.”

Through a smattering of curses and laughing, it was clear from the outtakes that Ronnie struggled to repeat back lyrics, some of which are in German and French. “Repeating after someone has to be the most basic thing you can do,” staffer Jason Kaplan was quick to point out. “He can’t repeat.”

“Beetlejuice can repeat,” Howard said of the legendary Wack Packer. “I knew that would be interesting but not that interesting.”

Check out Ronnie’s attempts at recording (below).

Richard Christy Lays Out the Rules of Eating Roadkill