“Uh, I just have a feeling. That’s all,” the Wack Packer says of how she sees the future 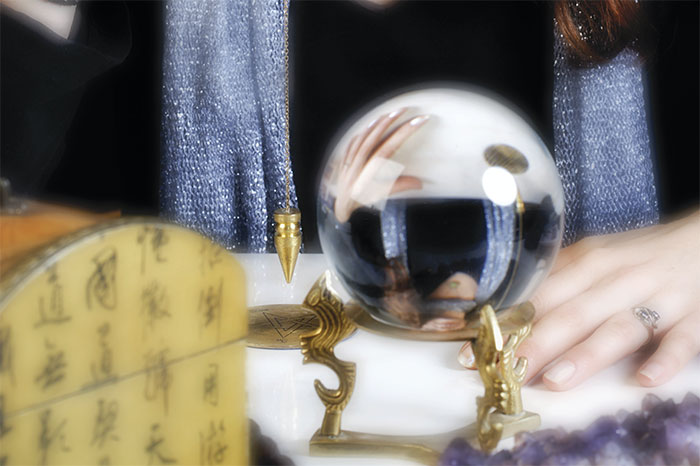 Psychics rarely shy away from making bold predictions, but how accurate are they really?

The Stern Show put one to the test recently when it pitted Cassandra the Clairvoyant up against Wack Packer Wendy the Slow Adult to see who could better predict the outcome of this month’s Super Bowl matchup between the Kansas City Chiefs and the San Francisco 49ers.

“A quarter of Americans believe in psychics, it’s big business,” Howard said on Monday, adding, “The result was exactly what you expect. They both really suck at predicting the future.”

Before getting into their specific predictions, Howard was curious how each prognosticator operated. “In order for me to get a prediction for the Super Bowl, I have a pendulum, I have Tarot cards, and I’m also clairvoyant … we reach out to my spirit guides,” Cassandra told the Stern Show.

Wendy’s process was simpler. “Uh, I just have a feeling. That’s all,” the Wack Packer said.

Here’s how they answered each question:

Will the Coin Toss Result in Heads or Tails?

“Oh, wow. I see this beautiful, bright coin in the sky, coming down. It looks like heads, but it’s—nope, it’s flipping. It’s tails,” Cassandra predicted.

“Heads,” Wendy countered, “Because I just have a feeling it’s gonna be heads.”

In actuality, the coin toss resulted in tails, which gave Cassandra an early lead.

Wendy began her answer with a few coughs before finally predicting the 49ers. The 49ers did indeed score first, bringing Wendy and Cassandra into a 1 to 1 tie.

Which Team Throws the First Interception?

Cassandra’s prediction was a bit outside the box. “I’m feeling from my pendulum a very strong energy that there’s going to be no interceptions at all,” she boldly guessed.

“There were four total interceptions in the game, so that was not correct,” Howard said, explaining 49ers’s quarterback Jimmy Garoppolo threw the first pick, catapulting Wendy into the lead.

Which Team Wins the Game?

Cassandra and Wendy both offered up predictions about who would win the game as well as their guesses for the final score.

“I see a lot of action going on. A lot of celebration happening. A lot. I see the Chiefs winning,” Cassandra said, perhaps also predicting how Stern Show staffer and lifelong Chiefs fan Richard Christy might celebrate if his team emerged victorious. Wendy, meanwhile, guessed the 49ers.

Cassandra’s prediction was right, of course, though she wasn’t able to come up with the correct final score. She earned a point which put she and Wendy into a 2-2 tie.

What Color Gatorade Gets Dumped on the Winning Coach’s Head?

For the final question, Howard tackled a subject he and the staff had discussed when placing pre-game prop bets: what color Gatorade will get dumped on the winning coach’s head?

“I see a lot of colors, beautiful colors. It’s like a rainbow. But most of all its green,” Cassandra predicted. “The Gatorade would be green.”

“Uh, orange, because that’s what I drink,” Wendy suggested.

As it turned out, the Gatorade was orange and Wendy was right. That meant the Wack Packer had somehow beaten Cassandra the Clairvoyant, 3 to 2.

Howard was far from shocked. “The next time you want to consult a psychic just save your money and go to Wendy,” he concluded with a laugh.