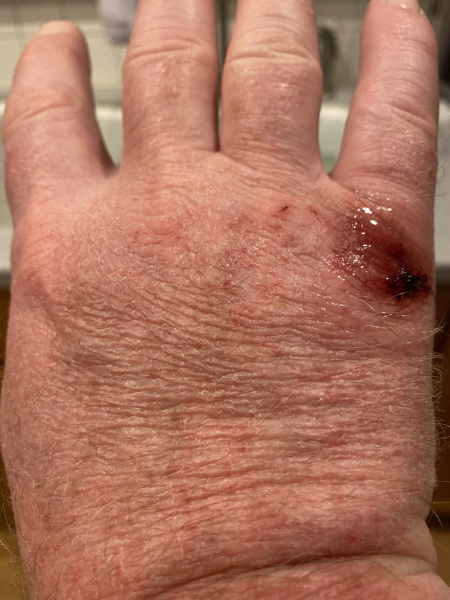 Richard Christy has never been known for his exceptional hygiene, but due to the rising threat of coronavirus the Stern Show staffer has apparently begun washing his hands quite vigorously. The scrubbing may be warding off some microscopic threats, but on Monday listeners learned it has also left him with a gnarly looking sore on his right hand. While JD Harmeyer suspected Richard’s wound was a result of his colleague using scolding-hot water to wash up, Howard suggested another theory. “His body’s not used to it because he’s never had soap on it before,” Howard joked.

Take a look at the Richard’s hand (above).