The indomitable Dr. David Agus returned to the Stern Show on Tuesday to answer several of Howard’s most pressing coronavirus-related questions and offer up advice for listeners on staying safe while doing their best to diminish the spread of COVID-19. In addition to being a celebrated author, physician, educator, and regular on CBS News, Dr. Agus also happens to be married to the daughter of talk-show icon Maury Povich. So before getting down to brass tacks, Howard wondered how his famous father-in-law was holding up.

“Maury actually left the city and he went to his house in Montana to escape and he is safe there—secluded and quarantined from everyone,” Dr. Agus told Howard.

BEST WAY TO BEAT THIS 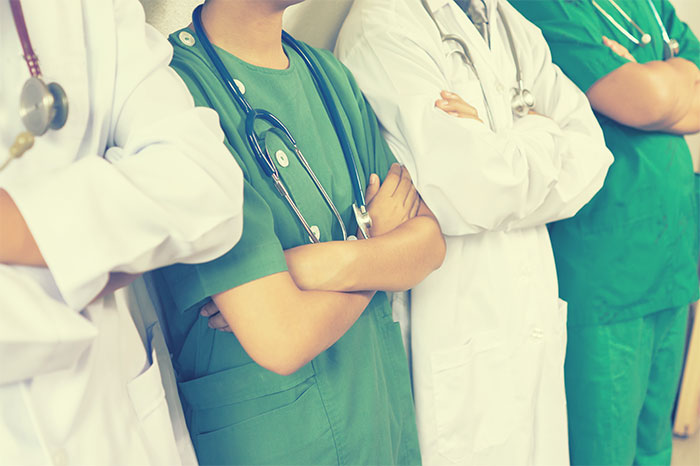 Like many health experts, he expects a large percentage of Americans to eventually come in contact COVID-19. But he doesn’t think it will happen all at once. “The key now is to delay its onset,” he said.

Thanks to all the hardworking doctors, scientists, and government officials, Dr. Agus believes the U.S. is more than capable of successfully combatting the pandemic in the long run. “I really am proud of our response. It’s a beautiful thing, the change in attitude we all have,” he said.

Dr. Agus himself, in addition to dispensing health news on TV, is currently working with the White House on several coronavirus-related matters. “It’s a small piece to a big puzzle, but we all have to step up,” he told Howard.

He believes a useful coronavirus vaccine might eventually rear its head, but he also wouldn’t be surprised if it took upwards of 18 months to properly produce. In the near term, Dr. Agus expects the U.S. to deploy something that’s already being used in China and South Korea: a test to see who has already passed COVID-19 through their system. “In a couple of weeks, there’s gonna be a test where we prick your finger and we can look and see [if] you previously had the virus,” he said. “Many people who just felt a little bit under the weather for a day or two—that was the virus and it’s gone. Those people, we think, are going to be immune and aren’t going to get it again.”

While Dr. Agus thought America’s long term prognosis was good, he cautioned Howard and his listeners that the next few months might be a bumpy ride. “There’s no question it is going to get a little bit worse before it gets better,” he said. “Part of it is we haven’t been testing, so we’re gonna see the numbers go up dramatically.”

In the end, he told Howard the best way to beat this pandemic requires everyone working together. “The goal is not to make more ventilators and hospital beds, it’s to prevent people from going to the hospital. The only way we’re going to do that is social distancing and treating the disease early,” Dr. Agus said.

Howard wondered if people who believed they were infected with the coronavirus should hold off going to a hospital unless they desperately needed treatment.

“100 percent,” Dr. Agus said, explaining he tells his young patients to self-quarantine at home and try to ride it out and tells the elderly ones do the same, though sometimes he might prescribe them medications to keep certain symptoms at bay.

What about sex, Howard wondered—was that still okay?

“Sex is absolutely fine if you’re quarantined together. It’s not fine if you try to go to somebody else outside your zone,” Dr. Agus said.

He also believes venturing outside the house is just fine, provided people maintain six to ten feet of social distancing, especially as sunlight really does prove to be a great disinfectant in this case. “The ultraviolet light from the Sun can actually degrade the virus,” Dr. Agus explained. “So, I think it’s okay to go outside.”

Some COVID-19 questions didn’t have easy answers, however. “If I catch the virus, can I catch it again?” Howard asked.

“We just don’t know yet because the first case of this virus happened in December. So, what we do know is that for a month or two you can’t. What’s gonna happen [years] from now? We just don’t know,” Dr. Agus said. “My gut is, like other coronaviruses, you’re probably gonna be immune, but we just don’t know the answer yet.”

The media is brimming with hot takes on how to best handle coronavirus. At best, it can feel like information overload and at worst some advice has been flat-out wrong. So, Howard had Dr. Agus spend some time Tuesday debunking several persistent myths.

Howard had heard that holding his breath for 10 seconds without coughing indicates he isn’t carrying the coronavirus. “True or false?” he asked Dr. Agus.

Is Advil safe? Some reports have suggested the over-the-counter medication does more harm than good for people battling COVID-19.

Next, he dispelled the myth that drinking warm water can help reroute the virus from the lungs to the stomach. After that, Howard wondered if water temperature mattered when washing one’s hands.

How about Jim Bakker’s controversial “Silver Solution”? Is the embattled televangelist sitting on some miracle cure?

“Listen, I got my science training under Jim Bakker and he’s been a very good scientific mentor to me,” Dr. Agus deadpanned. “Yes, it’s all bullshit … We have certain things that work; we gotta stick to them. They ain’t sexy,” he said.

EATING FOOD IN THE AGE OF THE CORONAVIRUS 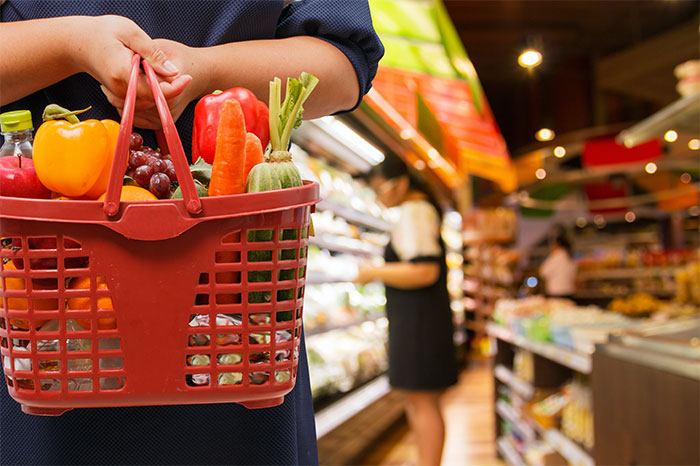 Everyone has to eat, obviously, and Dr. Agus offered several insights about the safest way to shop for food, have it delivered, and make sure everything one eats is coronavirus free.

First, he explained why people should be more concerned with contracting COVID-19 from people coughing and breathing than from surfaces exposed to the virus. “In general, when the virus is dried, it can live for hours sometimes a little bit more on surfaces. That doesn’t mean its infectious,” Dr. Agus said, explaining most known cases so far have been spread by “droplets” in the air and not from contaminated surfaces.

He said people shouldn’t spend too much time worrying about the contaminated surfaces in their home, so long as they remain vigilant with their cleaning. “You wash it with alcohol or Purell, [the surface] is clean. The virus is dead,” he said.

Plenty of people are turning to food delivery these days, including Dr. Agus himself. As Howard was curious about the safest way to receive food at home, Dr. Agus walked him through his process. “The best way to do it is your delivery person comes, you put a pair of gloves on, you take the bag, you put it on one place on the counter, you take the food out, you put it on a plate, you throw the bag away and wipe the counter with a detergent and then you’re fine,” he said.

“But can it live on the food?” Howard asked, wondering if the rumor he’d heard about killing the virus with 20 seconds in the microwave was true.

“It’s not gonna live on the food. We’re not getting food transmission of the virus,” Dr. Agus assured him. He did say people should wash fruits and vegetables they buy at the market, but only because they should always be doing that anyway.

Grocery shopping has become trickier these days, but Howard and the doctor found it odd some people are hoarding far more toilet paper than they could ever need. “Don’t tell anybody this, but this really is the treatment and the cure. If you have over 100 rolls per person, you’re safe,” Dr. Agus joked. 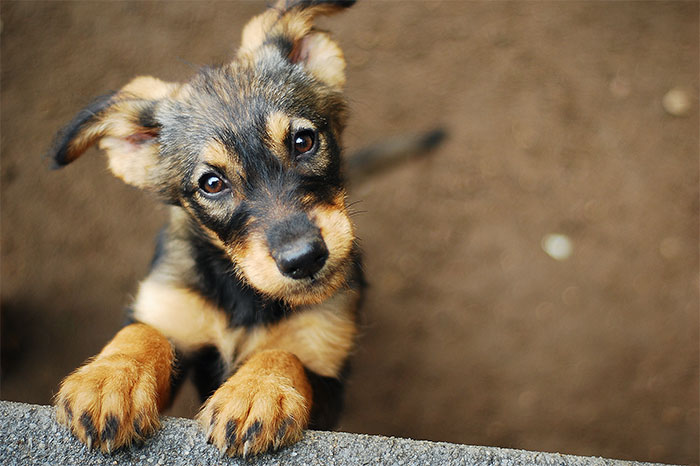 Dr. Agus and his family are making the most of their self-quarantine, in part because they’ve welcomed a new pet into their home. “We have a new puppy. Playing with the puppy is the greatest treatment ever for coronavirus,” he said.

“This is the time to do it,” he continued, adding, “I think it’s great therapy. It’s great for the country.”

Co-host Robin Quivers’ method of self-quarantining was a major topic of conversation on Monday’s Stern Show after she revealed she still allows a cleaning person to enter her house. Howard didn’t feel like that effectively kept the coronavirus at bay, so on Tuesday he asked Dr. Agus to weigh in.

“I agree with Howard on this one,” Dr. Agus said.

As most Stern Show fans already know, Dr. Agus has a long history of looking out for Robin’s wellbeing. When she was diagnosed with cancer some years back, she and Howard repeatedly turned to the doctor for help and advice. To this day, Howard credits him with saving his beloved co-host’s life.

“I agree with that,” she said.

Grateful for everything Dr. Agus had done for him and his listeners on Tuesday and over the years, Howard tried to label him America’s doctor at the end of the interview. But Dr. Agus wouldn’t accept the title. “I have the privilege to be able to talk to you and Robin and to educate people, and that’s part of my job—to talk and to educate,” he said.

Howard encouraged the good doctor to at least plug one of his bestsellers, but he wouldn’t do that either. “This is not the time to plug,” he said. “This is a serious topic.”

If anyone should take a victory lap, Dr. Agus thought it should be the doctors, nurses, and other medical professionals treating COVID-19 patients every single day. “They’re heroes—they really are—and we need to step up for them as a society,” the doctor said at one point during the interview.

From Howard’s perspective, Dr. Agus is a hero, too. “You’ve always been there for me and you spoke a lot of common sense, and I hope this helps people,” he said, just before letting Dr. Agus go. “I hope everyone calms down and thank you for doing this.”

“We are very lucky to be able to talk to you,” Robin agreed.